The most comprehensive cell atlas to date of the human uterus has identified two new epithelial cell states that can be used to distinguish two forms of uterine cancer. Researchers from the Wellcome Sanger Institute, the University of Cambridge and their collaborators also identified the genetic pathways that determine two main endometrial cell types.

The study, published today (2 December 2021) in Nature Genetics, is the first reference map of the uterus to combine single cell and spatial transcriptomics, providing detailed descriptions of cell types as well as where they are situated within the womb lining. Part of the Human Cell Atlas initiative to map every cell type in the human body, the uterine atlas is an important first step towards understanding the endometrium in both health and disease.

The new cell types are found in the endometrium, which is the inner part of the uterus, more commonly known as the womb lining. The top layer of the endometrium sheds and regenerates during a woman’s menstrual cycle, a process regulated by the ovarian hormones oestrogen and progesterone.

One in three women will suffer from some form of reproductive disease during their lifetime. This includes chronic conditions such as endometriosis, as well as potentially life-threatening diseases such as uterine cancers1.

In this study, researchers analysed uterine samples from 15 women of reproductive age using single-cell and spatial transcriptomics. This allowed them to generate a cellular map of the human endometrium that accounted for the dynamic changes during the menstrual cycle.

The team identified two new cell states, known as SOX9+LGR5+ and SOX9+LGR5- , which become more numerous as the epithelium regenerates during the menstrual cycle. They discovered the relative populations of these two cells were connected with two types of endometrial cancer, with tumours carrying a higher proportion of SOX9+LGR5+ associated with more severe disease.

“We have discovered two new epithelial cell states, and revealed that enrichment of the SOX9+LGR5+ cell population is associated with later stage cancers that pose a greater threat to the patient, as compared to tumours with higher levels of SOX9+LGR5-cells. Understanding the type and severity of a cancer can be crucial in deciding the best course of treatment.”

Dr Roser Vento-Tormo, a senior author of the study from the Wellcome Sanger Institute

The majority of the epithelial cells in the endometrium are secretory or ciliated cells. The researchers used spatial transcriptomic data to identify cell signal pathways in the endometrial glands and lumen that differentiate between them. These pathways, known as NOTCH and WNT, determine whether a cell becomes a secretory cell, which are more numerous in the glands, or a ciliated cell, which have a higher population in the lumen.

To further dissect the molecular mechanisms involved in epithelial differentiation, the researchers used endometrial organoids, which were developed by the University of Cambridge. These organoids responded to the ovarian hormones oestrogen and progesterone, mimicking how endometrial tissues function in the body2.

“The benefit of combining single-cell and spatial transcriptomics to dissect the heterogeneity of tissues is that you know which pieces make up a tissue as well as the instructions for how those pieces fit together. We used this information to create these distinct environments in our endometrial organoids. Both hormonal and local environment signals play roles in endometrium regeneration.  By using both these cues in our organoid models, we open up new possibilities for understanding the endometrium in health and disease.”

Dr Margherita Turco, a senior author of the study from the University of Cambridge

The work was carried out as part of the global Human Cell Atlas (HCA) consortium3, which aims to create reference maps of all human cell types to understand health and disease. More than 2,000 people across over 75 countries are involved in the HCA community, and the data are openly available to scientists worldwide. The global initiative is transforming understanding of biology and disease, and could lead to major advances in the way illnesses are diagnosed and treated.

The organoid work in the study is not only a sophisticated model to study endometrial function, but is also a blueprint for discovering how tissues are formed in other organs.

“Although around one in three women will suffer from some form of reproductive disease during their lifetime, we know very little about these conditions, partly due to the challenges in analysing this highly dynamic and complex tissue. This Uterine Cell Atlas, and the sophisticated organoid models that have been created using these data, will help us to better understand the healthy endometrium and how things go wrong in disease. This study is part of the Human Cell Atlas, and could also help to create better diagnostics to improve treatment outcomes for endometrial disorders.”

Dr Sarah Teichmann, a senior author of the study from the Wellcome Sanger Institute and University of Cambridge, and co-chair of the Human Cell Atlas Organising Committee

2 Organoids are small, three-dimensional tissue cultures that are derived from stem cells or cells from a tissue. They can be crafted to replicate the complexity, organisation and structure of a tissue or organ.

3 The Human Cell Atlas (HCA) is an international collaborative consortium which is creating comprehensive reference maps of all human cells—the fundamental units of life—as a basis for understanding human health and for diagnosing, monitoring, and treating disease. The HCA will impact every aspect of biology and medicine, propelling translational discoveries and applications and ultimately leading to a new era of precision medicine. The HCA was co-founded in 2016 by Dr Sarah Teichmann at the Wellcome Sanger Institute (UK) and Dr Aviv Regev, then at the Broad Institute of MIT and Harvard (USA). A truly global initiative, there are now more than 2,000 HCA members, from over 75 countries around the world. https://www.humancellatlas.org

This work was supported by Wellcome, the MRC Human Cell Atlas, the Royal Society, the Centre for Trophoblast Research and the European Union’s Horizon 2020 research and innovation programme. 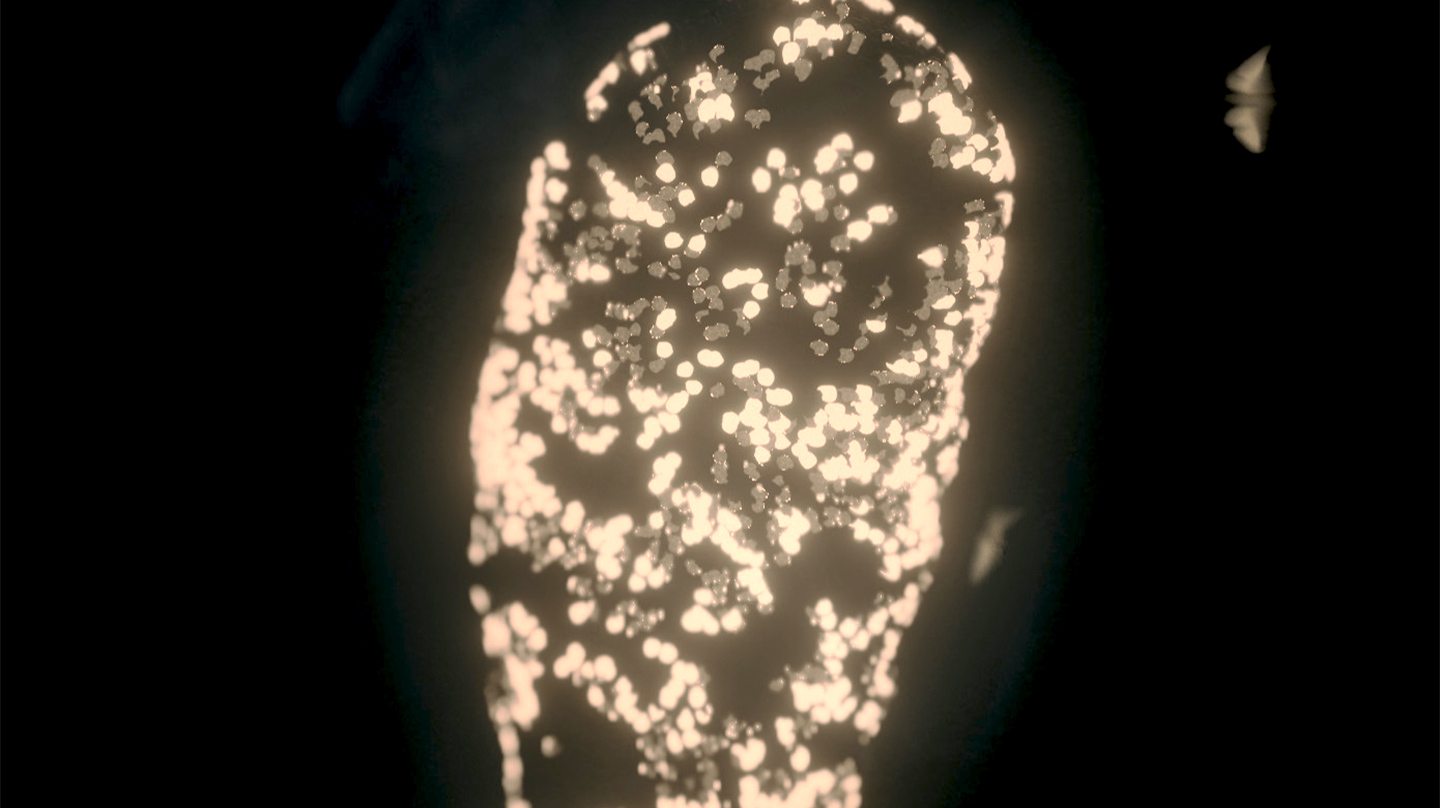 The connections between the external and internal environments are explored in a new experimental short film ‘Call of the Silent Cell’. ...