Roser leads a research team at the Wellcome Sanger Institute.

Roser’s research is focused on the adaptation of immune cells in tissues and their function in steady state and inflammation. Her team uses genomics, spatial transcriptomics and bioinformatics tools to reconstruct the microenvironment that will shape immune cellular identity and function.

She is passionate about the capacity of immune cells to communicate with their neighbours and coordinate complex, tailored responses. Her team has a special interest in modelling cellular interactions and uses single-cell, spatial transcriptomics and functional assays to reconstruct the signalling mechanisms underpinning cellular behaviour in healthy and diseased tissues.

Roser did her PhD with Esteban Ballestar in Barcelona, where she studied the influence of cytokines on innate immune cell differentiation. Amongst others, she characterised the molecular events downstream of IL4 that shape cell-type specific epigenetic and transcriptomic changes during dendric cell differentiation. In subsequent work, she was looking for a translational application of her work and identified an epigenetic signature associated with autoinflammatory diseases for the first time. This has paved the way for identifying novel therapeutic targets and biomarkers. In the final year of her PhD studies, Roser took part in a part-time bioinformatic’s master where she improved her bioinformatics and statistics skills.

Roser did her postdoc with Sarah Teichmann at the Wellcome Sanger Institute as an EMBO and HFSP Fellow. During her postdoc, she worked on tissue resident immune responses and focused on one of the most intriguing environments for immunologists: the maternal-fetal interface during pregnancy. She generated the first single-cell map of the maternal–fetal interface during early pregnancy and discovered new cell states and their role in controlling inflammation and ensuring a peaceful maternal and fetal co-existence in the womb. Roser also designed CellPhoneDB, a novel repository of ligands and receptors, and their interactions and applied CellPhoneDB to study cellular connections from single-cell transcriptomics data.

Wonderful (and very busy for me) poster session with great discussions at @KeystoneSymp in Infections in Pregnancy / Maternal-Fetal Crosstalk.

Thanks to everyone who helped make our Spatial Multi-Omics symposium a great success!! 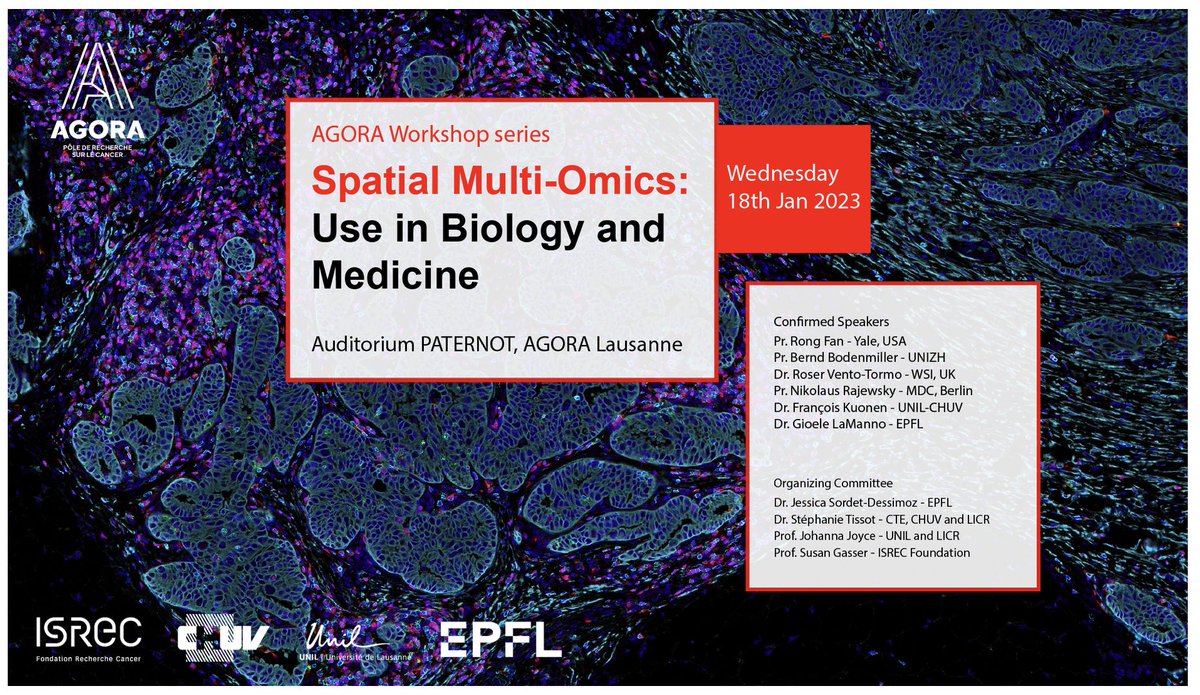 Excited to co-organise this symposium on
<Spatial Multi-Omics>

Join us in Lausanne to hear from leaders in the field, along w/ breakout workshop sessions!

Here are my 12 guidelines for data exploration and analysis with the right attitude for discovery:
1. You never really finish analyzing a dataset. You just decide to stop and move on at some point, leaving some things undiscovered. 🧵