The new testing approach would be easier to collect and simpler to process in the laboratory than the current nasal-swab process.

A new two-stage saliva testing strategy for SARS-CoV-2 virus infection that is simpler and easier to use than nasal swab tests has been developed by scientists at the Wellcome Sanger Institute and their collaborators. In the first stage, viral RNA in saliva is amplified using a NASBA* isothermal reaction to give a positive or negative result for SARS-CoV-2 within two hours. Published today (12 February 2021) in Science Advances, the simplified method means it may be possible to adapt the test into an easy-to-use home device in future.

The second stage of the testing strategy aims to validate the initial result by genetic sequencing of the sample. This two-stage process would reduce the risk of potential ‘false positive’ or ‘false negative’ results, and could potentially be scaled up to facilitate population-level testing.

Currently, the most widely-used testing strategy for SARS-CoV-2 infection in the UK requires a nasal swab to be taken from deep in the mucous membrane. Swabs are then sent to a laboratory to be processed by RT-PCR on a thermocycling machine, which amplifies any viral RNA present to detectable levels. The laboratory process takes around four hours and requires expensive equipment that is not portable.

Taking a nasal swab can be uncomfortable and difficult to do correctly, especially for those who are self-testing. Difficulties in administering the test can also lead to inaccurate results, where a positive SARS-CoV-2 infection is not detected.

In findings for the new testing strategy, samples of synthetic viral RNA mixed with saliva from healthy individuals were subjected to an isothermal NASBA reaction*. This reaction amplifies viral RNA to detectable levels. Fluorescence detection, as well as a home pregnancy-style ‘dipstick’ reading, were then used to consistently detect the presence of around 50 copies** of SARS-CoV-2 viral RNA within two hours. This sensitivity is comparable to the current RT-PCR test used in the UK’s public testing strategy.

Compared to nasal-swab RT-PCR testing, the new testing strategy has the benefit of easier sample collection and a simpler laboratory process. This raises the prospect of developing a home-testing device that is cheap, easy-to-use and scalable – though this work would need to be undertaken by an external organisation and would take time to become widely available.

“Using saliva as an input, and an isothermal reaction to amplify viral RNA, has the advantage of simplifying the COVID-19 testing process considerably, while maintaining ‘gold standard’ accuracy. Firstly, this raises the possibility of scaling up centralised testing in laboratories. Secondly, it means a cheap, portable device for use in the home could become a reality in future.”

Chenqu Suo, joint first author of the study from the Wellcome Sanger Institute

The second step in the new testing strategy, as well as helping to reduce the risk of home testing errors, could also be used independently as a sequencing-based mass testing strategy. When the user completes the test, a DNA barcode is added to any viral RNA present in the saliva, allowing the sample to be identified at a later point. The sealed sample would then be posted to a sequencing facility, where tens of thousands of samples could be sequenced simultaneously in around 12 hours to confirm whether SARS-CoV-2 is present or not.

This mass testing approach offers several advantages over RT-PCR testing, which is processed in batches of up to 384 samples that take around four hours to complete and involves several laboratory steps that are done manually.

“Any effective testing strategy requires confidence in its reliability, but must also be scalable. We believe DNA barcoding combined with a highly-multiplexed sequencing would be a feasible population scale COVID-19 testing strategy.”

The next phase of the project will be further research and development using patient samples, which is currently underway. Should results be validated, it is hoped the equipment required to perform the test could be incorporated into a portable device for use by non-experts at home. The testing strategy has already attracted attention, however, as a finalist in the $6million XPRIZE Rapid Covid Testing competition.

While the global vaccination programme is in its early stages, and with new variants emerging that are more transmissible, mass testing and contact tracing will remain crucial to controlling the virus and allowing more people to return to their normal routine. Any effective track-and-trace approach to tackling SARS-CoV-2 is likely to require testing on a huge scale, suggesting that multiple testing strategies utilising different chemicals and equipment would help to meet demand.

“For population level testing to work, we need tests that are reliable, cost-effective and easy to administer to millions of people on a regular basis. Our ambition is for this testing strategy to be accessible to all. The findings will need to be validated using patient samples, but our results are already very promising.”

Dr Andrew Bassett, senior author of the study and Head of Cellular Operations Research at the Wellcome Sanger Institute

** The number of copies of RNA input required to detect the virus depends on the quantity of viral RNA present in the original sample. The ‘gold standard’ detection range for most SARS-CoV-2 tests is 10-100 copies of viral RNA.

This research was supported by Wellcome.

Cellular Operations at the Sanger Institute 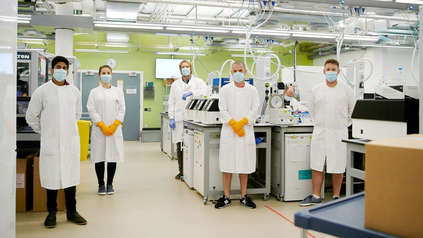 As the sequencing hub of COG-UK, the Sanger Institute is sequencing the genomes of coronavirus samples from across the country. Get ... 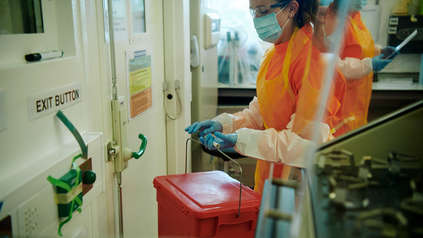 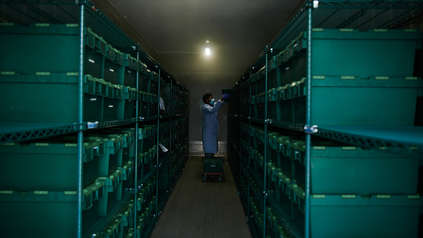 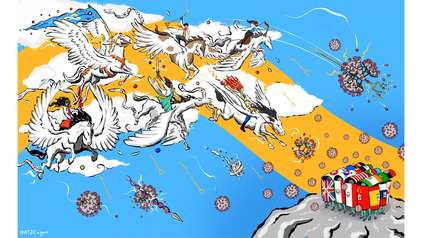 Tackling COVID-19 at the Sanger Institute

Staff at the Sanger Institute have joined the fight against the global COVID-19 pandemic. 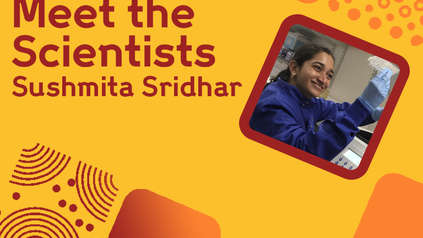 From bacterial behaviours to COVID-19

Sushmita Sridhar has paused her work on a gastroenteritis-causing bacterium to help diagnose the virus that causes COVID-19. 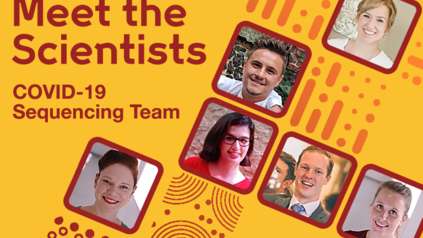 From cancer, stem cells and organoids to COVID-19