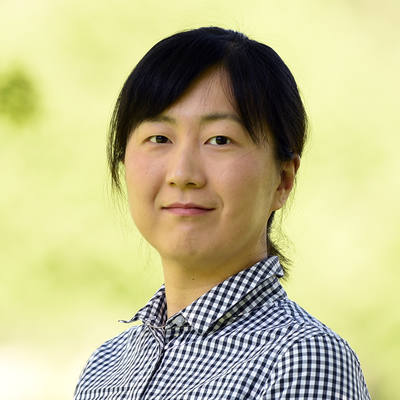 Qianxin is interested in the functional of noncoding genome. She is fascinated by how hundreds and thousands of morphologically and functionally distinct cell types are being generated from the same genetic material. Qianxin is also passionate about developing novel biotechnology to answer the fundamental question of gene regulation.

Her aim is to investigate the function of thousands of GWAS hits within one pooled screen.

Prior to Sanger, Qianxin was a postdoc in Professor Tudor Fulga’s lab, Weatherall Institute, Oxford University. During her postdoc work, she has developed a genome engineering discovery platform, namely GenERA, enabling a systems-level functional characterisation of primary RNA regulatory networks. By generating and analysing thousands of CRISPR mutations, GenERA not only for the first time enabled the unbiased dissection of gene regulatory landscape, but also provided the genetic based evidence that gene regulation within the untranslational region could be cooperative even the RNA cis-regulatory elements are in distal distance.

Qianxin completed her Phd under supervision of Professor Nigel Gooderham at Imperial College London. During her PhD, she studied how a strong metabolic perturbation could change the entire metabolic network in a mouse model and whether gene expression controlled by microRNAs could explain these changes.