We are a multidisciplinary team that combines large-scale genetic and genomic approaches, and studies in model organisms, to understand the aetiology of various metabolic diseases. We are also actively engaged in developing partnerships with collaborators in Africa focused on applying genomic approaches to study diseases of relevance to Africa and its peoples.

The knowledge of genetic predisposition is important to help those at high risk for these disorders to develop healthier lifestyles and to avoid risky behaviours (such as high-fat diets). It can also lead to the development of better drugs that work in each affected individual.

Type 2 diabetes and obesity are complex disorders whose prevalence has reached epidemic proportions.

Around 90% of people with diabetes have type 2 diabetes. Traditionally thought of as a disease of old age, troublingly it is on the rise in younger age groups. This increase is the result of lifestyle and dietary changes over the last few decades acting on a background of genes that have evolved in an environment where diet and physical activity were very different from today. These changes have led to a rapid rise in the prevalence of obesity, a major public health problem with substantial impact on morbidity and all-cause mortality, mainly through increased risk of vascular disease, type 2 diabetes and certain forms of cancer. Obesity is also the strongest risk factor for type 2 diabetes, accounting for 80-85% of the overall risk of developing the disease.

Because of the complex interaction between environment and genes, identifying genes with a role in the susceptibility to these diseases has been a difficult task. However, with the advent of the genome-wide association study (GWAS) approach significant progress has been made in the identification of genes with a role in predisposition to type 2 diabetes, obesity and related traits.

As part of a broader epidemiological transition from infectious to non-infectious diseases, it has been projected that by 2030 there will be 18 million Africans with type 2 diabetes, and 2.4 million deaths due to cardiovascular disease in this region. Studies of cardio-metabolic traits in African populations will further leverage our understanding of the biological mechanisms underpinning these complex diseases.

After identification of genes as potentially playing a role in metabolic disease, it is important to confirm this link and to elucidate the function of these genes in the development and progression of disease. Mice provide an invaluable resource for this work, with the ability to investigate the consequence of mutations in genes of interest. This can be in classical knockout models, where gene function is abolished completely, or recently in more sophisticated models generated using CRISPR/Cas9 technology with mutations equivalent to those observed in patients which may alter gene function rather than abolish it completely.

We have been using genome-wide association and sequencing approaches to identify genes with a role in obesity, type 2 diabetes and related quantitative traits, as well as rare extreme forms of these diseases. More recently, we have also focused on expanding these studies to populations of non European ancestry, exploring the rarer allele spectrum, as well as initiating studies of host genetics of infection. To further the knowledge from a statistical association to a biologically relevant finding it is imperative to determine the functional implications of those variants in terms of protein structure, activity and action in vivo. To functionally evaluate those genes with genetic and statistical associations with disease will be the next great challenge in complex disease. We have established collaborations with other Sanger Institute researchers, and have the ability to study novel genes implicated in disease in model organisms such as mouse (Sanger Institute Mouse genetics programme). The ultimate aim will be to elucidate how those variants are acting at the cellular and organismal level to increase individual predisposition to disease.

We work with many other groups across the world in large consortia, such as MAGIC (Meta-Analyses of Glucose and Insulin-related traits Consortium) and GIANT (Genetic Investigation of ANthropometric Traits), that aim to increase statistical power by performing meta-analyses of GWAS data across many different studies. Within these efforts we are involved in large-scale trans-ethnic meta-analyses for de novo discovery and fine-mapping, including analyses of rarer alleles both through arrays targeting exome, as well as incorporating imputation from large reference panels (1000genomes, UK10K and HRC).

We are members of the UK Biobank CardioMetabolic Consortium (UKBCMC), where we will be using genome-wide genotype and biomarker data on the ~500K UK Biobank individuals to investigate cardiometabolic traits and diseases and are co-leading the HbA1c effort.

Our new effort in studies of host genetics in infection include a genome-wide association study of scarring trachoma in Gambians (collaboration with Dr David Mabey, Professor Robin Bailey and Professor Dominic Kwiatkowski at WTSI) to identify human polymorphisms that predispose to scarring and potentially identify molecules and mechanisms that play an important role in either protection or pathogenesis of this disease.

In collaboration with Professor IS Farooqi at the University of Cambridge Metabolic Research Laboratories, we are also genotyping 1,600 individuals with persistent thinness from the STudy Into Lean and Thin Subjects (STILTS). These participants have body mass index <18 kg/m2 in the absence of any medical problems or eating disorders. They are being genotyped on a high-density array with increased coverage of exonic regions, enabling us to search for both common & rare variants that confer resistance to obesity in an obesogenic society.

Furthermore, in collaboration with the genetic epidemiology group of Manj Sandhu, and the viral genomics group of Paul Kellam, we are working on a large population cohort from rural Uganda and conducting GWAS aimed at identification of novel loci for mutliple cardiometabolic and infectious traits (including KSHV, EBV), and fine-mapping of known loci, associated with disease related quantitative traits.

In parallel, we are also developing methods for the overlap analysis of two (or more) traits with the aim of identifying variants that are associated with both traits, and applying these to empirical data.

In collaboration with Professor Stephen O’Rahilly, Dr David Savage, Dr Rob Semple and Professor Sadaf Farooqi we have conducted many candidate gene sequencing projects in patients with severe insulin resistance and severe childhood onset obesity, which have led to the discovery of causal mutations underlying the phenotype in affected individuals. These approaches have been superseded by whole-exome sequencing approaches, including within the UK10K project, using next generation sequencing techniques, for a number of patients with syndromes of insulin resistance and severe childhood onset obesity. This will allow us to conduct unbiased approaches to identify novel rare variants (mutations) that may underlie or contribute to these extreme forms of disease.

In addition to the phenotyping of knockout lines generated as part of the Mouse Genetics Project, we are also using CRISPR-Cas9 technology in mice to investigate the function of novel genes implicated in disease. As well as more classical knockout generation, this system allows us to model specific mutations identified in patients with metabolic disease, to investigate their role in protein function and disease progression. 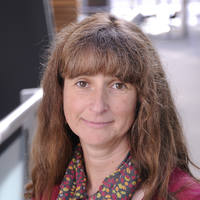 Inês was the Senior Group Leader of the Metabolic Disease Group at the Sanger Institute. Her team used genetic and genomic approaches to understand the aetiology of common and rare forms of metabolic disease, as well as host genetics of infection. 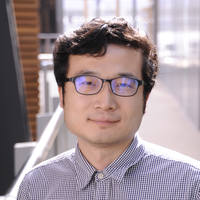 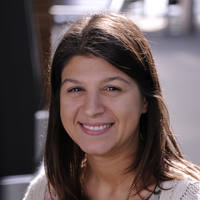 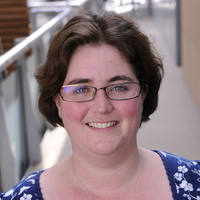 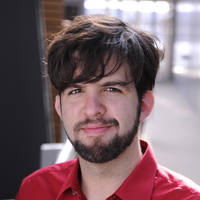 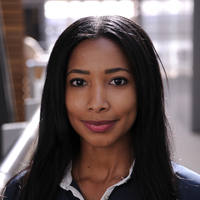 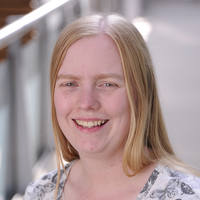 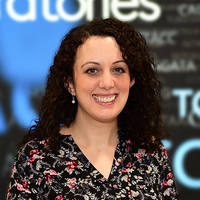 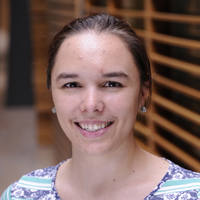 The UK10K project enabled researchers in the UK and beyond to better understand the link between low-frequency and rare genetic changes, ...

The work of our group is highly collaborative and we are fortunate to work closely with many great scientists around the world.

We coordinate MAGIC (the Meta-Analyses of Glucose and Insulin-related traits Consortium) which represents a collaborative effort to combine data from multiple GWAS to identify additional loci that impact on glycemic and metabolic traits.

The Genetic Investigation of ANthropometric Traits (GIANT) consortium is an international collaboration that seeks to identify genetic loci that modulate human body size and shape, including height and measures of obesity.

The DIAGRAM (DIAbetes Genetics Replication And Meta-analysis) consortium is a grouping of researchers with shared interests in performing large-scale studies to characterise the genetic basis of type 2 diabetes, and a principal focus on samples of European descent.

The African Partnership for Chronic Disease Research (APCDR) is an initiative that facilitates collaborative epidemiological and genomic research of non-communicable diseases across sub-Saharan Africa.

The Wellcome Trust fund most of our work.