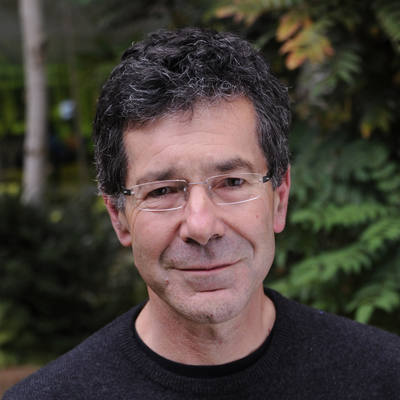 Dominic has spent many years contributing to the genomics of infectious disease, through his roles at Oxford University and the Wellcome Sanger Institute. In 2022, Dominic stepped away from his Faculty position to become an Honorary Faculty member at the Institute in order to focus on supporting African scientists who are leading genomic surveillance for malaria control and elimination.

Dominic founded the MalariaGEN network in 2005 which has made a huge impact, not only on the science of genomic epidemiology, but also on equitable data sharing and capacity building for genomic surveillance in Africa. As Chair of MalariaGEN, Dominic will focus on developing MalariaGEN’s governance framework and independence as an organisation enabling data sharing for national malaria control programmes as well as the international scientific community. Sanger is a strong supporter of MalariaGEN.

The battle against malaria is entering an exciting but critical phase. Thanks to the scaling up of control efforts worldwide, the number of deaths due to malaria has fallen dramatically. However malaria still kills over half a million African children each year, and ever-increasing levels of drug and insecticide resistance threaten to reverse the gains that have been made.

The focus of my research is to develop the genomic and computational tools to gain a deep understanding of how human interventions are driving evolutionary changes in the parasite and mosquito populations. My holy grail is to use genetics to guide sustainable malaria control strategies that will drive down levels of drug and insecticide resistance and ultimately eliminate the disease. I am also interested in the mechanisms that underlie protective immunity to malaria, and particularly in using genetics to discover molecular interactions between the host and parasite which could provide vital clues for vaccine developers.

I studied physics and neurophysiology before training as a paediatrician and going to work with Brian Greenwood in West Africa, where malaria is a huge problem. My research career started out with clinical studies of childhood malaria combined with lab work on molecular pathogenesis and mathematical modelling of the disease. A move to David Weatherall’s Institute of Molecular Medicine in Oxford taught me about the power of genetics to dissect complex clinical and epidemiological problems. In 2005 I founded the Malaria Genomic Epidemiology Network (MalariaGEN) which now includes well over 100 research groups in more than 40 malaria endemic countries. A key component of MalariaGEN’s work has been to establish principles for equitable sharing of data between partners in rich and poor countries, linked to capacity building in data analysis for researchers in malaria endemic countries. Complementary to my work at Sanger, I direct the MRC Centre for Genomics and Global Health at Oxford University

"With the right investment from the right stakeholders, Africa could achieve so much more in genomics in the decade ahead — with benefits that reach far beyond the continent."

🆕🚨 Our last and final course:

You can already join today 👇
https://www.futurelearn.com/courses/pathogen-genomics-a-new-era-in-global-health-surveillance-and-strategy/1

DART (Dengue Advanced Readiness Tools), a new project to use climate data to forecast dengue fever outbreaks, is being supported by @wellcometrust