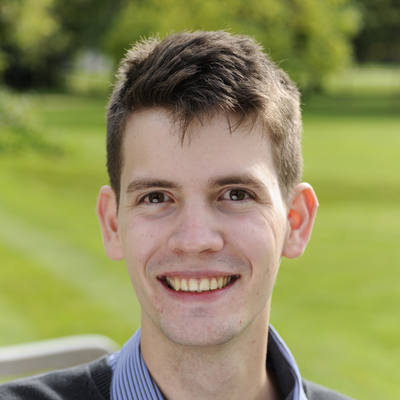 Gavin is a final-year PhD student co-supervised by Dr. Matt Berriman and Prof. Dominic Kwiatkowski. Gavin's PhD project involves analysing the DNA sequences of human malaria parasites to elucidate their evolutionary history and to better understand the genetic basis of antimalarial drug resistance. Gavin is due to complete his PhD by October 2018.

As intensive control efforts are successfully reducing malaria prevalence in many countries, the focus is now shifting towards more targeted interventions that rely on effective surveillance mechanisms. Using the information encoded in the genome sequences of malaria parasites to monitor changes in transmission dynamics and drug resistance occurrence presents a cost-effective way of surveillance. Gavin’s PhD project consists of multiple strands of research, including assembling genome sequences of neglected malaria parasite species to enable their study and surveillance, connecting genetic data to drug resistance phenotype data to better understand the genetic basis of antimalarial drug resistance, as well as developing the mathematical models needed to convert these genetic findings from multiple genome sequences into actionable public health measures.

Gavin completed his BSc (Hons.) in Biology and English with First class honours at the University of Keele, UK, in 2012 and was awarded the Society of Biology Top Student award. He subsequently completed an MSc in Quantitative Biology at Imperial College London, UK, in 2013, where he was awarded the William Harvey Prize and where he analysed patterns of genetic differentiation in wild mosquito populations under the supervision of Prof. Austin Burt. He concurrently completed an MA in English Literature at King’s College London, UK, where he wrote on the representation of malaria in literature. Following a year of teaching natural sciences at a secondary school in Luxembourg and concluding a research internship at the Beijing Genomics Institute (BGI) in Shenzhen, China, Gavin joined the Sanger PhD Programme in 2014.

Gavin has recently been selected to represent Luxembourg at the 2018 Lindau Nobel Laureate Meeting, a prestigious meeting bringing together early career researchers from across the globe to engage with Nobel laureates.

As part of his PhD project, Gavin assembled genome sequences for four malaria parasite species for which no genome sequences were previously available (species in blue and red boxes). Using phylogenetic methods, it was possible to show that two species which were previously thought to potentially only be one species (P. ovale wallikeri and P. ovale curtisi) are in fact very different on a genetic level and are likely to have split millions of years ago.

Gavin's PhD work has led to the discovery of two intriguing new gene families in Plasmodium malariae. They are extremely numerous with over 300 genes in each family, making up clusters labelled 1 and 2 in the gene network (a), appear to occur in doublets throughout parts of the malaria genome (b), and are predicted to adopt a structure that is similar to another protein, Rh5, that is a current vaccine-target in malaria (c).