Supporters of women in science shine

On International Women’s Day (8 March) the Wellcome Genome Campus celebrates members of staff who lead the way in supporting women in science with the presentation of the Sex in Science Best Practice Awards. Congratulations to the winners of the fourth annual awards: Elspeth Bruford from EMBL-EBI, Genny Kiff of the Wellcome Sanger Institute and Treasa Creavin from Connecting Science’s Advanced Courses and Scientific Conferences.

Elspeth Bruford, Co-ordinator of HUGO Gene Nomenclature Committee at EMBL-EBI was nominated for a Best Practice Award by multiple team members, who expressed personal stories of how Elspeth had supported women in her team over the years and nurtured their talent at all stages of their careers. Elspeth has had a great, positive influence on her team, from supporting staff through multiple maternity leaves, assisting with part-time working and providing help for women to stay in their role when they might have otherwise left science.

“I was very touched that my team thought of nominating me. I guess it showed me that I’ve been doing something right. As a team leader, you have to understand that everyone’s family circumstances are different, so you have to be flexible to the needs of your team if you want them to be happy. People work best when they’re happy so you should do whatever you can to accommodate their needs. It may take more time, but it will definitely be worth it.”

Chief Financial Officer at the Wellcome Sanger Institute, Genny Kiff was nominated for a Best Practice award for her no-nonsense approach and strong support of the Equality, Diversity and Inclusion programme of work. Genny is seen as an inspirational role model for other staff at the Sanger Institute, and has been described as a ‘catalyst for change’.

“The award was unexpected and I am very honoured to receive it. I feel it is a testament to all of the people in Finance, Procurement, Grants and Stores who have embraced and led change in a collaborative manner to improve the way we support research on Campus. When directing this change, one of the leaders I was inspired by was Sheryl Sandburg, the COO of Facebook. I particularly like one of her quotes, ‘in future there will be no female leaders. There will just be leaders’. With the help of the Equality, Diversity and Inclusion team, we can make this happen.”

Treasa Creavin, Scientific Programme Manager at Connecting Science has had an instrumental role in developing and implementing the Advanced Courses and Scientific Conferences Gender Balance policy. Her work on increasing the percentage of female speakers at conferences in the 2018 conference programme from 30 per cent to 50 per cent led to her nomination for a Best Practice Award. Treasa was also behind the new Carer Bursaries scheme, which supports delegates with caring responsibilities, enabling them to attend events and further their careers.

“It is a great honour to receive this award. Since implementing our gender balanced policy over the past year, we have seen a significant increase in the number of female speakers at our conferences. This has been crucial in helping to increase the visibility of female scientists across several different biomedical fields in our programme, and I hope efforts such as ours will lead to a change in the wider research culture. Thanks to the ACSC team and our scientific programme committees for helping to make our conferences more equitable.”

In the run up to the Best Practice Awards, all staff working at the Wellcome Genome Campus were invited to nominate a colleague who had made a positive difference to women’s careers.

“Each year we celebrate the role models on campus who create an environment where staff and students from all backgrounds can thrive. Employing the brightest minds is vital to the endeavour of research, and providing a supportive place to work is pivotal in achieving that.”

“It’s encouraging to see the Best Practice Awards becoming an established initiative on the Wellcome Genome Campus. This year we have had a wider range of nominees than ever before, many of which go beyond good management practice. We’re hoping this year’s winners will inspire new success stories and further strengthen the collaborative culture on campus.”

Recognition of role models who support women in science is just one activity of the Wellcome Genome Campus Sex in Science programme. Over the last year, members of the Sex in Science team have been busy in broadening their scope of work beyond gender, and have established the Equality, Diversity and Inclusion programme of work.

Other highlights have included addressing the gender pay gap for women at senior levels by making the pay grade more transparent and uplifting salaries, offering unconscious bias workshops and talks for all staff to ensure at least one recruitment panel member will have undergone unconscious bias awareness training prior to interviews, and implementing ‘paid leave for carers’, which allows staff to take up to ten days paid leave per year to manage extraordinary caring responsibilities. 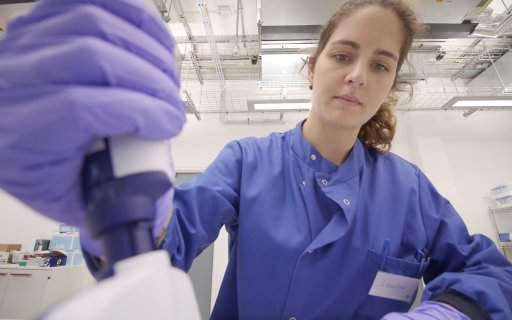 Life in the Lab: working in a DNA sequencing pipeline

This film shows all of the processes involved in sequencing a DNA sample; from receiving a sample DNA to releasing the ... 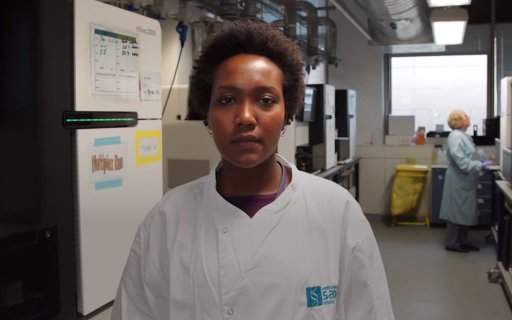