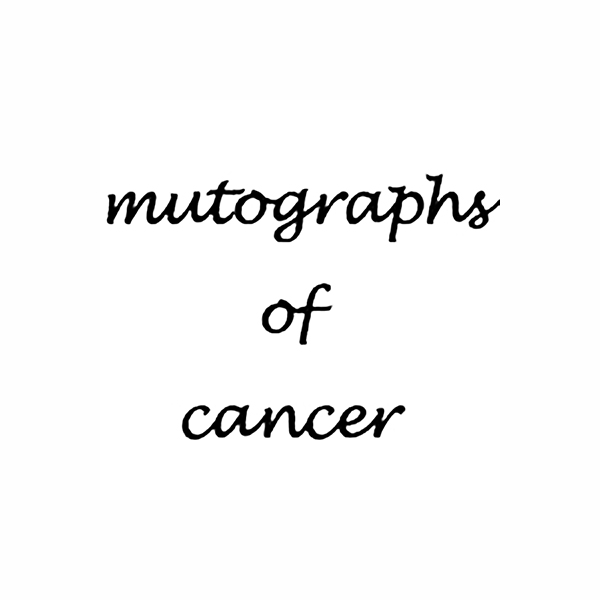 This CRUK-funded Grand Challenge Project (Mutographs.org) seeks to fill in the missing gaps to identify the unknown cancer-causing factors and reveal how they lead to cancer. To do this 5,000 pancreatic, kidney, oesophageal and bowel cancer patients, from five continents will be studied and compared.

Human behaviours such as smoking and drinking alcohol, and enviromental factors such as UV light can cause cancer by damaging cells’ DNA. This damage occurs in distinctive patterns – known as ‘mutational signatures’ – that are unique to the factor that caused the damage. So far 50 cancer-associated mutational fingerprints have been identified, but only half of them have known cause.

To identify the unknown cancer-causing factors and reveal how they lead to cancer, the genomes of 5,000 pancreatic, kidney, oesophageal and bowel cancer patients from five continents will be studied and their mutational signatures compared. Information about the patients’ about the habits, lifestyles and environments will be gathered to help elucidate causative agents. The researchers will also contine to search for other mutational signatures that haven’t yet been found.

Over the past century, we have learnt much about the environmental, lifestyle, genetic and other factors that cause human cancer. This knowledge has provided the foundation for successful cancer prevention programmes including those aimed at:

However, many common cancers exhibit major differences in incidence between different geographical areas and trends over time for which we do not understand the reasons despite determined investigation. Therefore, important causes of cancer and opportunities for prevention remain to be identified.

All cancers are caused by changes in the DNA within cells in the body that occur over the course of an individual’s lifetime – somatic mutations. Different patterns of somatic mutation, known as “mutational signatures”, are generated by the different environmental, lifestyle and genetic factors that cause cancer. 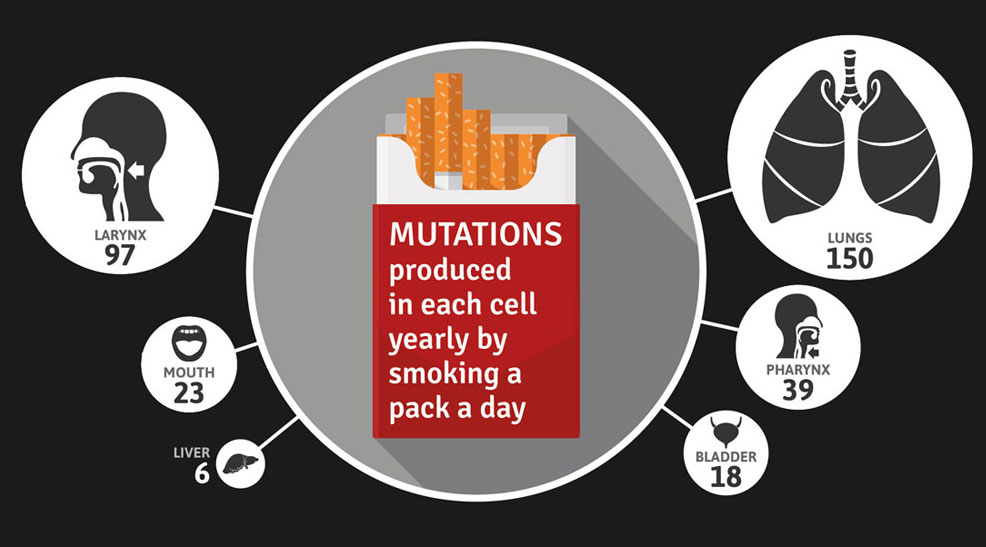 The overall goal of this “Mutographs of Cancer” CRUK Grand Challenge Project is to advance understanding of the causes of cancer through studies of mutational signatures. This will be achieved by:

Structure of the Research

Through studying the mutational signatures present in the genomes of cancer and normal cells we aim to comprehensively catalogue the mutational processes that cause human cancer, to understand their causes and to apply this knowledge to cancer prevention. To achieve this the research has been structure into work packages to deliver three Specific Aims:

Specific Aim 1: To elucidate the causes of major global geographical and temporal differences in cancer incidence through study of mutational signatures

Patient and Public Engagement and Involvement

Alongside the scientific goals of the Mutographs project, we aim to add value to our research activity by engaging public and patient audiences with the research journey and its outputs and outcomes.

Our patient advocate representatives, Mimi and Maggie, along with science writer Kat Arney, will see behind the scenes of the Mutographs project and visit researchers, healthcare workers and cancer patients who are involved in the study at various locations around the world. They will explore peoples’ experiences of cancer and discover their motivations for being involved in research. They hope to use their findings to influence the direction of future research and improve the experience of patients involved in cancer studies. They also hope to highlight key research findings that may reveal opportunities to prevent cancer through changes in behaviour and policy in different regions.

Our first field trip is to Eldoret, Kenya, in February 2018. Eldoret is one of the collaborating medical centres where patient samples will be collected for the Mutographs project. It is in a region of Africa that has a high incidence of oesophageal squamous cell carcinoma. Our patient advocates will explore the patient experience of cancer and research in this region and feedback findings to the Grand Challenge team and wider public.

A key data source will be rat and mouse tissue samples from the National Toxicology Program (NTP) Archives. The NTP Archives is a unique repository of rodent tumor tissues exposed to more than 590 chemical carcinogens. A thorough examination of these tissues will help scientists understand how various environmental exposures may play a role in cancer.

Contributor of sequenced data for colorectal, kidney, pancreatic, and oesophageal cancers, 700 sets in total, expanding the project’s coverage to East Asia. The NCC drives the nation’s research for personally optimized cancer treatments based on genomic information. With an edge in chemical carcinogenesis and cancer prevention, and the full spectrum of cancer research from prevention, diagnosis to treatment, the NCC brings insight to the project.

The COSMIC group combines expert cancer scientists with experienced bioinformaticians to build the world's largest database of somatic mutations in ...