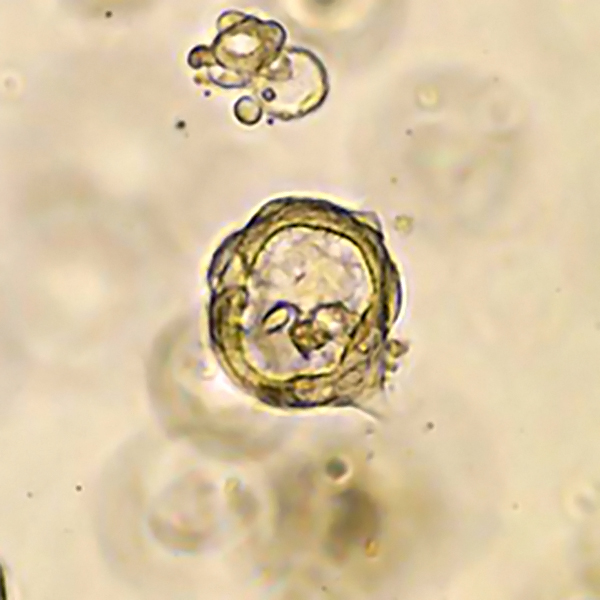 The Human Cancer Models Initiative is an international effort to generate, genomically characterise and annotate the next-generation of cancer cell models as a resource for the scientific community. The Wellcome Sanger Institute is a founding member of this initiative and is actively contributing towards the cancer cell model collection.

The Human Cancer Models Initiative (HCMI) is an international effort to develop the next-generation of cancer cell models that better represent the hallmarks and diversity of human cancer. The Sanger Institute is a founding member of this initiative in collaboration with the Cancer Research UK, the U.S. National Cancer Institute, and the foundation Hubrecht Organoid Technology. At the Sanger Institute, we will derive and genetically characterise hundreds of new organoid models and make them available to researchers as a transformative resource for the community.

Approximately 1,000 human cancer cell lines are available to scientists worldwide and these are a useful resource for cancer research and drug development. Over the past decade the Sanger Insitute has played a central role in the genetic analysis of a large number of human cancer cell lines through the Cell Model Passports Database and COSMIC cell line project. These cell lines have been used extensively for modelling drug response as part of the Genomics of Drug Sensitivity in Cancer project to identify molecular alterations in cancer which impact on drug sensitivity as well as identifying new drug targets via whole-genome CRISPR knock-out screens https://score.depmap.sanger.ac.uk/. This information can be used to understand the variation observed in patient responses to treatment and to help guide the development of new more effective and less toxic cancer therapies for the future.

As we enter the era of precision medicine, treating molecularly defined patient cohorts, poor representation of some cancer types, insufficient numbers to capture the genetic diversity of cancer, lack of clinical outcome data and lack of comparison to normal reference sample limit the use of the current set of cell lines. Novel cell culturing methods such as organoid derivation have revolutionised our ability to derive cell line models from both healthy and diseased tissue, and have the potential to overcome these limitations.

The Contribution of the Sanger Institute and CRUK to the HCMI

Organoids are a long-term culture system which allow cells to be grown in specialised 3D culture conditions that maintain the stem cell population as well as much of the cell/tissue architecture found in vivo. Cancer organoid models have been shown to recapitulate features of the original tissue/tumour and can model clinically relevant drug responses. Through generating large numbers of molecularly characterised organoid models, and performing drug sensitivity screens, we aim to identify new cancer treatments.

As part of the HCMI, the Sanger Institute has joined forces with Cancer Research UK (CRUK) to derive hundreds of organoid cell models from colon, oesophageal, pancreatic, lung, breast and ovarian cancers. These models are being generated from patient samples taken at the time of biopsy or surgical resection and are being mae availabel through the third-party repository ATCC https://www.lgcstandards-atcc.org/hcmi?geo_country=gb.

The models  derived at the Sanger Institute will be highly annotated, including a complete sample history and key pieces of patient clinical information. The original tumour as well as the matched organoid culture will also be genomically characterised and drug screens performed. These new cell models and associated datasets be shared with the research community to further research in cancer and other diseases. Genomic datasets as well as model and sample information can be found through the following resources Cell Model Passports Database, https://hcmi-searchable-catalog.nci.nih.gov/ and https://portal.gdc.cancer.gov/

The Sanger Institute will critically evaluate the utility of organoids as cancer models by addressing the following questions:

Our findings will help establish the utility of organoids as a model system for studying cancer and could pave the way for derivation of an even larger number of models to encompass the genetic diversity of cancer.

Our work, as part of the HCMI, will provide the research community with the next-generation of cancer cell models and by working together will accelerate this process in a cost-effective, streamlined and unified way, allowing for rapid learning, protocol sharing and standardised practices while avoiding duplication of efforts.

Cancer Research UK (CRUK) are co-funding organoid derivation together with the Sanger Institute. CRUK have leveraged their unique network of clinical sites allowing us to access clinical samples and to work with their world-leading researchers.

Hubrecht Organoid Technology (The HUB) is a not-for-profit organization founded by the Hubrecht Institute, KNAW and University Medical Center Utrecht, The Netherlands. The HUB are also deriving hundreds of cancer organoid models as part of the Human Cancer Model Initiative.

The National Cancer Institute (NCI) is the US federal government's principal agency for cancer research and training.The NCI coordinates the National Cancer Program, which conducts and supports research, training, health information dissemination, and other programs with respect to the cause, diagnosis, prevention, and treatment of cancer, rehabilitation from cancer, and the continuing care of cancer patients and the families of cancer patients. The NCI will be funding multiple research groups to derive cancer cell models as part of the Human Cancer Model Initiative.

US Office of Cancer Genomics (OCG)

The mission of the NCI’s Office of Cancer Genomics (OCG) is to enhance the understanding of the molecular mechanisms of cancer, advance and accelerate genomics science and technology development, and efficiently translate the genomics data to improve cancer prevention, early detection, diagnosis and treatment.