Wellcome Trust Strategic Award - The Homunculus in our Thymus: A Cellular Genomics Approach

We have been granted a strategic award from the Wellcome Trust 'The Homunculus in our Thymus: A Cellular Genomics Approach' that enables us to investigate how thymic epithelial cells (TEC) - irrespective of their cell identity - remarkably can express virtually the complete set of protein-coding genes. These studies are relevant to better understand the fundamental function of the immune system and to identify causes of autoimmune diseases.

T-cell mediated responses play a crucial role in providing protective immunity to infections and tumours. The same cells can, under pathological conditions, also be directed against an individual’s own tissues resulting in autoimmunity. It is, therefore, essential that T cells can discriminate between injurious foreign and benign self-antigens. This vital competence is instructed during T-cell development by populations of thymic epithelial cells (TEC). To achieve immunological tolerance, TEC promiscuously express and present peripheral tissue-specific antigens and thus foretell the ubiquitous and tissue-specific self-antigens that mature T cells will encounter once they exit from the thymus.

Humans, like all higher animals, use an immune system to fight off infections and cancer. To do so, T-cells recognise foreign molecules via antigen receptors (TCRs) whose specificity is chosen randomly as T cells mature in the thymus.

However, among hundreds of millions of T cells generated each day virtually all express a TCR that is either non-functional or targets the body’s own antigens and thus is potentially harmful. Maturing T cells are therefore screened for their TCR specificity and purged by a process called negative selection when they react to the body’s own antigens presented by thymic epithelial cells (TEC). As a population, TEC express practically all protein-coding genes and therefore molecularly recapitulate a complete homunculus.

Despite this critical role, our mechanistic understanding of how TEC promiscuously express the genome is incomplete and we lack an understanding of whether this is achieved through broad expression in most cells or specialised expression in each TEC. We therefore seek to establish and model the mechanisms, diversity and dynamics of self-antigen expression in TEC over an individual’s life. This knowledge has clear clinical relevance because gaps in self-antigen expression reduce negative selection efficiency and heighten the risk of autoimmune disease. 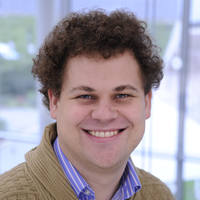 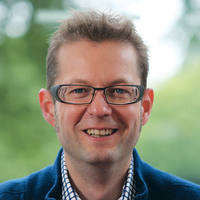 Thierry Voet's group focuses on developing methods that characterise the DNA and RNA in a single cell to enable ...

Our aim is to offer a high-quality, high-throughput single cell sequencing service that enables Faculty to study and understand cellular heterogeneity ...