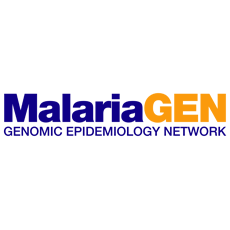 MalariaGEN is a data-sharing community working to develop new tools to control malaria by integrating epidemiology with genome science.

Malaria is a disease that afflicts hundreds of millions of people and is a major cause of mortality in the developing world, causing considerable human suffering as well as carrying a massive socioeconomic burden for many of the poorest countries in the world. The disease is caused by mosquito-borne Plasmodium parasites that invade human red blood cells.

One of the main obstacles to controlling malaria is an evolutionary ‘arms race’ between the parasite, mosquito and human populations. Parasites and mosquitoes are continually adapting in response to the genetic pressure exerted by disease control methods such as anti-malarial drugs, insecticides and other public health interventions. Human populations exposed to malaria have also acquired genetic changes that help to protect against malaria, however these traits can also be harmful and cause disorders such as sickle cell disease. Likewise, the mosquitoes that transmit malaria have developed resistance to insecticides as their use increases.

The Malaria Genomic Epidemiology Network (MalariaGEN) is a community of researchers in more than 20 countries who are working together to understand how natural genetic variation in human, Plasmodium and Anopheles populations affects the biology and epidemiology of malaria, and to use this knowledge to develop improved tools for malaria control.

MalariaGEN provides a platform for malaria researchers around the world to work together on large-scale collaborative projects that combine epidemiology with analysis of genome variation in host, parasite and vector populations. The MalariaGEN community is made up of more than 100 researchers in more than 20 countries, working together on projects that involve clinical research, epidemiology, genetics, statistics, parasitology, entomology, immunology, computer science and ethics.

To expedite the development of an effective vaccine by discovering human genetic variants that determine natural resistance to malaria, and by discovering Plasmodium genetic mechanisms that enable parasites to evade the human immune system.
To develop new approaches for monitoring anti-malarial drug resistance and preventing it spreading, by analysis of Plasmodium genome variation, population structure and recent evolutionary selection.

MalariaGEN brings together the work of many different partner studies in malaria-endemic regions around the world, each of which is led by an independent investigator and has its own scientific objectives. MalariaGEN adds value to partner studies by providing access to genotyping and sequencing technologies, and by providing a framework for sharing and integrating data. This model supports a series of large-scale collaborative consortial and community projects that are conducted across multiple populations, bringing together detailed clinical and epidemiological data with state-of-the-art technologies for genome sequencing and web tools for data analysis.

The network is coordinated by a resource centre whose members are based at Oxford University, the Wellcome Sanger Institute, and the Mahidol Oxford Tropical Medicine Research Unit (MORU) in Bangkok. We provide stewardship of the central resource of samples and data, together with support for sequencing, genotyping, informatics, ethics and capacity building.

The foundations for a data-sharing network in the genomic epidemiology of malaria were developed in 2003-5 with grants from the Medical Research Council and the Gates Foundation. MalariaGEN was formally established in 2005 as part of the Grand Challenges in Global Health initiative, with joint funding from the Wellcome Trust and the Gates Foundation through the Foundation for the National Institutes of Health. The MalariaGEN Resource Centre is primarily funded by the Wellcome Trust, however MalariaGEN brings together partner studies around the world that are funded from a range of sources.

There are many practical and ethical challenges involved in sharing data across a global network comprising investigators and institutions with great disparities in funding and infrastructure. The MalariaGEN community has been working to develop transparent procedures for ethics and governance. We have a governance committee and an independent data access committee, and network policies for data sharing and data access.

We are using genomics to get at important problems in infectious disease, with a strong desire to translate this into tools ...