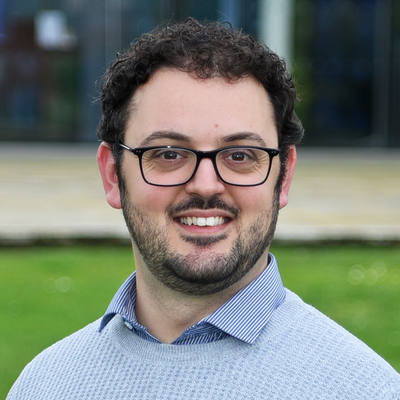 Head of Data Analysis and Translation

I am a data scientist interested in understanding the evolutionary dynamics of infectious diseases, how they are affected by human interventions, and their impact on global health.

I lead a team of dedicated data scientists with a profound understanding of and passion for infectious diseases biology and epidemiology. We analyse genomic data using cutting-edge methodologies – often developed in-house, interpret the results in the light of evolution and distil them into actionable insights. We support and influence local and global health organisations in their surveillance activities to achieve well-informed, impactful and sustainable interventions.

Roberto is a computational biologist that uses population genetics to understand natural genetic variation in infectious diseases. His interests are a blend of theoretical and empirical approaches to understand pathogen evolutionary dynamics, with a specific focus on how they are influenced by human interventions.

The main focus of his work is on the evolution of antimalarial resistance as part of MalariaGEN. Roberto has authored the discovery of molecular markers that are now commonly used to monitor the spread of resistance in the field, as well as describing their origin and evolution.

Since the very beginning, he has also been a key member of the COVID-19 Genomics UK (COG-UK) consortium, which has been created to to deliver large-scale SARS-CoV-2 genome sequencing capacity to hospitals, regional NHS centres and the Government that, when combined with epidemiological and clinical information, will inform interventions and policy decisions during the current UK COVID-19 epidemic.

Before joining the Sanger Institute in 2015, Roberto was a Research Associate in Statistical Genomics at the University of Oxford. He obtained a PhD in Computational Biology and Bioinformatics from the University of Naples in 2012 working on the evoultion of complex human traits. During his PhD, he joined Prof. Anna Di Rienzo’s group at the Department of Human Genetics, University of Chicago. Roberto also holds a BSc and an MSc in Computer Science.