Researchers have identified a new potential drug target for treating some types of advanced colorectal cancers.

Researchers from the Wellcome Sanger Institute, in collaboration with the Candiolo Cancer Institute in Italy and the Netherlands Cancer Institute, used state-of-the-art patient derived organoid models to gather information about this genetic dependency, known as Werner Helicase (WRN), in cancers that had become resistant to standard treatment.

The new study, published on the 9th April in Cancer Discovery, shows that developing novel drugs to target WRN could lead to new treatment options for those whose cancer no longer responds to other treatments. The study also provides new insight into which tumours display WRN dependency. These results might allow clinicians to identify better those who could benefit from potential targeted drugs.

The results are a consequence of the Cancer Dependency Map based at the Sanger Institute, which is a major initiative to provide a detailed rulebook of precision cancer treatments to help more patients receive effective therapies.

Colorectal cancer, also known as bowel cancer, is the fourth most common cancer in the UK, with around 42,300 people diagnosed with the disease in the UK each year*.

DNA mismatch repair (MMR) is a process in cells that recognises and repairs naturally occurring mistakes during DNA replication. When this process is impaired, it leads to microsatellite instability (where the DNA is unstable due to inserted or deleted bases leading to incorrect DNA replication), commonly seen in some types of cancers. In colorectal cancers, 10 to 15 per cent of cases display microsatellite instability**.

Targeted therapies, chemotherapy, and immunotherapy are used to treat these types of colorectal cancers with MMR/microsatellite instability. However, colorectal cancers can become resistant to these treatments, leaving a subset of certain patients without effective therapies.

Previous research led by Sanger scientists identified WRN as a possible treatment target in cancer cells with microsatellite instability. This new study used the largest collection of colorectal cancer cells with impaired mismatch DNA repair (60 unique models in total) to confirm that inhibiting WRN by CRISPR technology reduced cancer cell growth. Notably, the study showed for the first time that cancer cells that are resistant to existing treatments, including chemotherapy, targeted therapies or immunotherapies, retain a requirement on WRN for survival. It is therefore an important target for future drug development, particularly in the setting of patients with some of the deadliest forms of disease. Further research is required to develop WRN-targeted medicines and also to see if these therapies could be beneficial either instead of, or alongside current treatment.

The researchers also discovered that alterations in specific genes involved in mismatch repair were involved in WRN dependency. Understanding more about the genes involved in this pathway could lead to the identification of biomarkers that might determine which cancers would be most sensitive to blocking WRN.

“Through international collaboration and having access to the largest collection of mismatch repair-deficient colorectal cancer models, we have built on previous research and shown that WRN dependency plays a key role in cancers resistant to existing treatments.  Developing these unique patient-derived models allows us also to understand more about the genetic alterations involved in WRN dependency, which is key to unveil the basis of this genetic vulnerability fully and to create effective medicines in the future.”

Dr Gabriele Picco, first author of the study and Postdoctoral Fellow at the Wellcome Sanger Institute

“Our results would not have been possible without the development of these unique patient organoid models that allowed us to investigate this genetic weakness in cancers that had acquired resistance to target therapies, chemotherapy and immunotherapy. Cancers that are resistant to treatments can be challenging to treat, and having models that provide a way to investigate new therapies for these is crucial if we are to find ways to continue to help people with advanced disease.”

Professor Alberto Bardelli, co-author and Director of Laboratory Molecular Oncology at the Candiolo Cancer Institute FPO IRCCS, and Professor at the Dept of Oncology University of Torino

“Another interesting result from this study is that we found that specific MMR-pathway gene inactivation impacts WRN dependency. This provides insights into the mechanism of WRN dependency and may lead to distinguishing novel biomarkers for cancers that rely on the WRN gene, helping to identify those who would be most likely to benefit from WRN inhibitors, if they are developed.”

“Understanding the weaknesses in cancers to help make precision medicine is the goal of the Cancer Dependency Map. This study has reinforced WRN as a target for drug development in colorectal cancer, with the possibility of it also being important in other cancers that show microsatellite instability. If these drugs can be developed and are shown to be successful, it would offer a new therapy to people whose cancer has become resistant to existing treatments.”

*Cancer Research UK, What is Bowel Cancer. Available at: https://www.cancerresearchuk.org/about-cancer/bowel-cancer/about-bowel-cancer 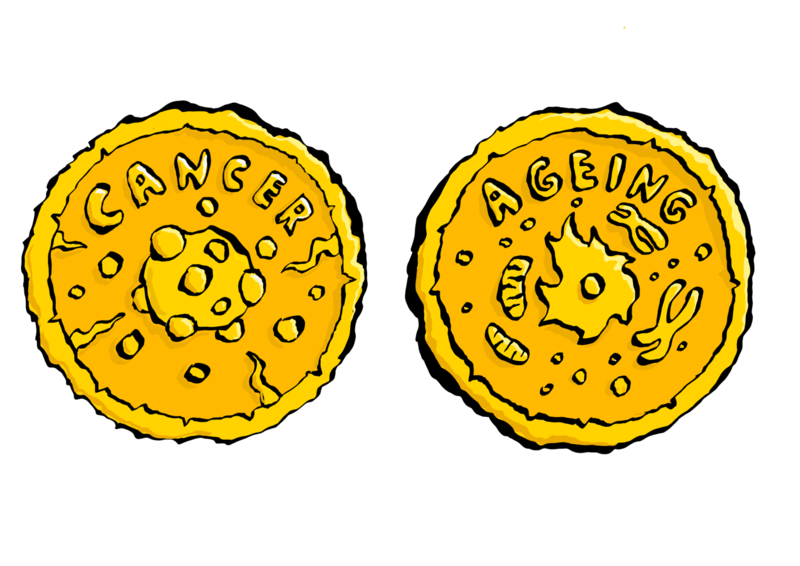