The first cell atlas of an important life stage of Schistosoma mansoni, a parasitic worm that poses a risk to hundreds of millions of people each year, has been developed by researchers at the Wellcome Sanger Institute and their collaborators.

The study, published today (18 December 2020) in Nature Communications, identified 13 distinct cell types within the worm at the start of its development into a dangerous parasite, including new cell types in the nervous and muscular systems. The atlas provides an instruction manual for better understanding the biology of S. mansoni that will enable research into new vaccines and treatments.

S. mansoni has a complex life cycle that begins when larval forms of the parasite emerge from snails into rivers and lakes. These larvae then enter humans through the skin after contact with infested water. Once inside the body, the parasite begins what is known as the intra-mammalian stage of its life cycle, undergoing a series of developmental transitions as it matures to adulthood.

Adult worms live in human blood vessels and reproduce, releasing eggs that pass from the body into water to continue the life cycle. But some eggs remain trapped in the body, leading to the disease schistosomiasis.

Schistosomiasis is a debilitating long-term illness that can lead to the inability to work, organ damage and death. It affects hundreds of millions of people each year, primarily in sub-Saharan Africa,* and is listed by the World Health Organisation (WHO) as one of the most Neglected Tropical Diseases. Currently, only one drug is available to treat the disease, but this is inappropriate for use in very young children and there are fears that overreliance on a single treatment will allow the parasites to develop resistance to the drug.

Researchers have been looking at ways to find new drug targets, but until now there has been no high-resolution understanding of the parasite’s biology.

This new study sought to map all of the cells in the first intra-mammalian stage of the parasite using single-cell technology, which identifies different cell types present in an organism or tissue.

The early-stage parasites were broken apart into individual cells that were characterised by single-cell RNA sequencing by scientists at the Wellcome Sanger Institute. The data were then analysed to identify cell types according to the genes expressed by individual cells, and where in the body these cells were located.

The team identified 13 distinct cell types, including previously unknown cell types in the nervous system and parenchymal system**. Individual fluorescent probes were made for genes specifically expressed by each cell type. Scientists at the Morgridge Institute for Research in the USA then used these probes to confirm the position of the discovered cells within whole parasites under the microscope.

“Though significant advances in our understanding of Schistosoma mansoni have been made in recent years, we have yet to identify targets leading to a viable vaccine. Single-cell RNA sequencing provides a whole new level of biological detail, including previously unidentified cell types, that will allow us to better understand each cell population in the parasite.”

Dr Carmen Diaz Soria, a first author of the study from the Wellcome Sanger Institute

To identify new drug targets, researchers most often look for differences between a pathogen and its human host. However, S. mansoni is far closer to us in evolutionary terms than most major parasites, such as those that cause malaria. It is hoped that these findings will reveal areas of the parasite’s genetic code that are sufficiently different from our own to be viable treatment targets.

“We found genes in the muscular system of Schistosoma mansoni that might be specific to schistosomes. Because they are found in these parasites but not in humans, they are one possible treatment target identified by the study. The muscle allows the parasite to travel through our bodies, so if we were able to hinder that ability, we may be able to halt its life cycle before reproduction takes place.”

Dr Jayhun Lee, a first author of the study from the Morgridge Institute for Research, Wisconsin USA

“Schistosomiasis is one of the most serious neglected parasitic diseases and gaining a deeper understanding of the parasite’s biology will help to expose vulnerabilities that could one day be targeted by new treatments. We hope that this cell atlas for the first intra-mammalian stage of Schistosoma mansoni will provide researchers with valuable clues to help accelerate the development of new treatments and eliminate this parasite from the lives of hundreds of millions of affected people each year.”

Dr Matt Berriman, senior author of the paper from the Wellcome Sanger Institute

* The World Health Organization has more information on the causes and effects of schistosomiasis. 229 million people received preventative treatment for the disease in 2018, with 393 million at risk of infection. https://www.who.int/news-room/fact-sheets/detail/schistosomiasis

** Parenchyma is the ‘filler’ tissue in the centre of the parasite that connects all the tissues together. 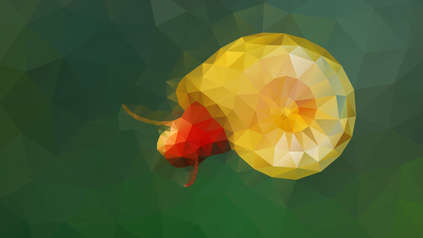 Schistosomiasis is a tropical disease caused by a parasite. The parasite is transmitted through contact with fresh water contaminated with the ...