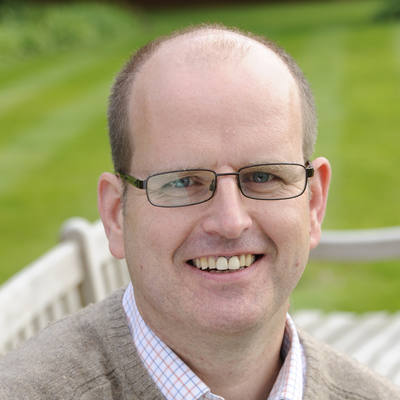 Matt leads the parasite genomics group who study the parasites that cause malaria and neglected tropical diseases. He uses large-scale comparative and functional genomics approaches to discover and study genes associated with major biological traits of parasites or with potential for exploitation as targets for intervention.

Parasites have an enormous impact on human health. I am interested in the genes that underpin key differences between parasite lineages. These genes are often involved with pathogenesis processes and interactions between parasites and their hosts.

I am particularly interested in helminths, including schistosomes, tapeworms, whipworms, threadworms and hookworms, which cause some of the most neglected diseases and collectively infect more than a billion people.

My team use comparative genomics as our main tool for sifting through the vast numbers of uncharacterised genes. We identify genes that are limited to, or evolving more rapidly in, specific groups of parasites. In our largest study (the 50 Helminth Genomes project), we are comparing draft genomes to gain a broad overview of most of the major roundworm and flatworm lineages that impact human health. In other studies, we use finer-grained comparisons to drill into the details of parasite evolution within individual clades.

In other studies, my group investigate natural genome variation of neglected parasites to understand their epidemiology and evolution.

We also exploit parasite life-cycles established in house to create functional genomics datasets that identify genes, and their regulation, involved in host-pathogen interactions or key stages of parasite development.

My earlier work at the Sanger Institute focussed on analysing the accurate reference genomes that now form the cornerstones of large-scale comparisons– for species of malaria, leishmania and trypanosome parasites. For malaria parasites, we have now produced accurate genome sequences from across the Plasmodium genus and are particularly interested in the organisation and function of the subtelomeric regions of chromosomes. These regions comprise 10-15% of the parasite’s genomes, contain large repertoires of host-interacting genes and play important roles in the establishment and maintenance of infections.

The whole genome sequences of the blood fluke Schistosoma mansoni was described in Nature in 2009 along with that of Schistosoma japonicum (produced by consortium led from China). The photomicrograph on the cover, by David Scharf (http://www.scharfphoto.com/), shows a mated pair of S. mansoni flukes, with the slender female emerging from the lower part of the male.

Back-to-back papers describing the genomes of Trypanosoma brucei, Leishmania major and Trypanosoma cruzi were published in a special issue of Science in 2005. The image (from Eye of Science/Photo Researchers Inc.) shows a coloured scanning electron micrograph of T. brucei among red blood cells.

Our analysis of the genome sequence of Plasmodium knowlesi -previously known as monkey malaria but responsible for serious zoonotic infections of humans in South East Asia -was published in 2008, alongside the genome of P. vivax (produced by Jane Carlton and colleagues).

Figure 1 from our paper on tapeworm genomes published in Nature (Tsai et al. 2013). On a stylised phylogeny of the main branches of the Bilateria it depicts the changes associated with the evolution of parasitism in tapeworms.