This python script applies predefined sort templates to the BD Influx workspace. It can also take designs from Excel and apply them to your sort. It has been used to apply 'latin square' based sort layouts to be sent for sequencing.

This program applies predefined sort templates to your BD Influx workspace. It can also take designs from Excel and apply them to your sort.

The code and a precompiled .exe can be found on GitHub: https://github.com/SangerCytometry/Influx_auto_sort_template

Move the script or the .exe into the SortLayout folder. E.g. “C:\Users\Public\Documents\BD\Sortware\SortLayout” and create a subfolder called 'LatSqMultiSample'

What are the default layouts?

The default layouts were created by Stephan Lorenz of the Sanger Institute's Single Cell Facility. They are designed using the 'Latin Square' principle where the populations are distributed across rows and columns to minimise batch effect.

Multiple populations onto one plate

After completion of your normal setup and gating routine:

Multiple samples onto one plate

The script will produce a separate sort layout for each or your samples. After completion of your normal setup and gating routine:

Allow the user to change the layout in the Example.xlsx file 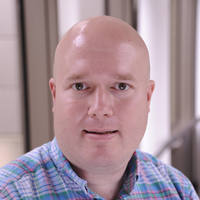