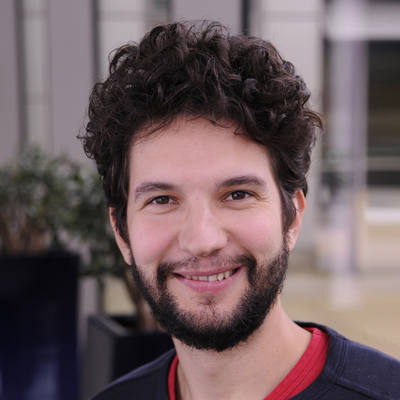 I am fundamentally interested in how the astonishing natural diversity we see on earth came into being, by which forces it formed and how it is changing today. Hence, I try to understand the process of evolution, with mathematical models and through the analysis of genome sequencing data. I currently study the formation of new species using Lake Malawi cichlids as a model system.

In the group of Richard Durbin at the Wellcome Trust Sanger Institute, I have the great opportunity to work on a growing whole genome sequencing dataset of currently more than 140 individuals of over 60 Lake Malawi cichlid fish species. With more than 600 young and ecologically diverse species, the adaptive radiation of Lake Malawi cichlid fish provides a superb system to study the evolution of species formation and biodiversity.

One specific question I am interested in is the role of hybridisation and cross-species gene-flow for species formation and ecological divergence. How often does hybridisation occur, and can it provide a mechanism to propagate adaptive genetic variants between divergent species, to give rise to the multitude of parallel phenotypic adaptations that can be observed today?

To answer this question, I use statistical methods to detect signatures of hybridisation in the genomes, and check whether these signatures correlate with species divergence or with genomic regions that are associated with phenotypes that evolved in parallel.

More broadly, I am interested in the evolution of genetic architecture and want to ask whether there are any specific features in the cichlid genome that predispose it to allow quick ecological divergence. By comparing the multitude of parallel speciation events in this and other cichlid adaptive radiations, I want to understand whether previous episodes of selection could have wired the cichlid genotype-phenotype map in a way that allows for concerted divergence of multiple traits to fit a specific ecological niche.

Our research includes both sampling and phenotyping of cichlid fish in Malawi and Tanzania, sequencing of their genomes, and analysis of the data using computational and statistical methods, often building on population genetic theory. I am also very interested in the development population genomic analysis methods.

Coming from a theoretical background, during my first postdoc with Magnus Nordborg at the Gregor Mendel Institute in Vienna, I learned all the technicalities of genome data analysis, from aligning sequencing reads all the way to population genomic analysis. Using a great dataset of whole genome sequencing data of more than 160 vervet monkeys from five subspecies, I was able to infer species relationships, detect cross-species gene-flow and strong polygenic diversifying selection on immune response genes. For my analysis, I developed a gene-enrichment tool that gets rid of biases present in many other such tools.

PhD project: Theoretical models for the evolution of genetic diversity

During my PhD with Joachim Hermisson and Claus Rueffler, I was studying conditions for the maintenance of genetic and phenotypic diversity within species using the mathematical framework of evolutionary invasion analysis and computer simulations. In particular, I was interested in the effects of temporal and spatial fluctuations in environmental conditions, organismal complexity, the role of phenotypic plasticity, developmental noise and evolutionary bet-hedging (see publications and posters attached).

Evolutionary bet-hedging as an adaptive response to environmental uncertainty -- poster 2010.