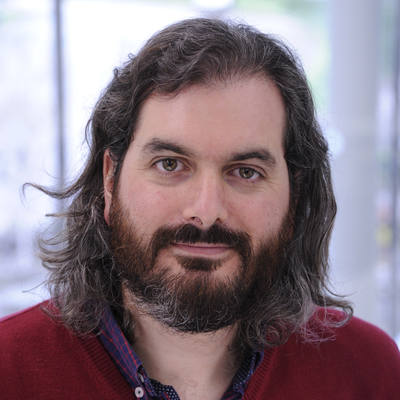 Within the Berriman Group I supervise a functional genomic platform developed for blood flukes (schistosomes) that includes maintenance of the whole life cycle of the parasite, collection and culture of all the developmental stages, and the use of genetic tools, including gene silencing and transgenesis coupled with high-throughput transcriptomic analyses and single-cell sequencing to study the role of parasite genes and their interactions with the hosts.

I am interested in understanding how parasites, in particular parasitic flatworms, infect, evade the immune response and establish an effective infection that allows them to survive for decades inside the hosts. Many of these parasites, responsible for the infection of hundred millions of people in the most impoverish regions of the world, are considered agents of Neglected Tropical Diseases by the WHO.

In particular, my interest in host-parasite interaction has been focused in the development of genetic approaches to manipulate the genome and/ or the expression of genes in order to elucidate gene function and reveal parasite vulnerabilities that would eventually lead to the development of novel control strategies by identifying targets for drugs and/ or vaccines.

We are currently applying novel approaches to manipulate the genome of these parasites, including transgenesis mediated by lentivirus and CRISPR-Cas in tandem with improved culture conditions of developmental stages, highthroughput transcriptomic analysis and single-cell sequencing.

My colleagues and I have undertaken extensive research during the past decade aimed at functional genomics of trematodes including blood flukes (schistosomes) and the liver flukes Fasciola hepatica and Opisthorchis viverrini. We have extensive experience with in vitro/ ex vivo culture of these pathogens, methods and approaches to transduce cultured schistosomes with retro/ lentivirus and other genome integration competent vectors including transposons, and mouse models for schistosomiasis mansoni and haematobia. I have been centrally involved in the development of gene silencing mediated by dsRNA (RNAi) in F. hepatica, and germ line transgenesis aiming to derive stable lines of schistosomes expressing reporters and/ or hairpin RNAs to drive vector-based RNAi.

I am also interest in the relationship between infection and cancer, more specifically between chronic infections with helminth parasites and carcinogenesis. Colleagues and I have been involved in studies aiming to understand the role of the blood fluke Schistosoma haematobium in the genesis and progression of squamous cell carcinoma of the bladder, and the liver fluke Opisthorchis viverrini in cholangiocarcinoma (bile duct cancer).

More recently colleagues and I started to explore how helminth infections may affect the gut microbiome of the host. In particular, we have characterized quantitatively and qualitatively the fluctuations in the composition of the gut microbiome of mice experimentally infected with Schistosoma mansoni with the main goal of identifying microbial taxa with potential roles in the immune modulation and pathophysiology of the infection and disease progression.