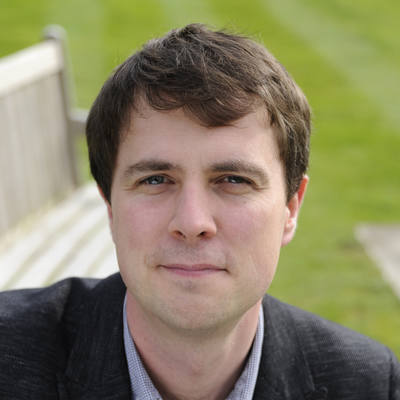 I was at the Wellcome Sanger Institute between January 2009 and October 2021. I have moved to the Gurdon Institute, University of Cambridge, where I am Head of Bioinformatics.

I want to better understand how parasites are able to infect people and how they avoid being killed by the immune system. To do this I am taking advantage of the power of DNA sequencing technologies and computational analysis to identify the genes important for these interactions.

My primary interest is in identifying genes involved in host-parasite interactions. I am currently working primarily on malaria parasites. The first goal in this process is to produce a high quality, annotated genome sequence for the parasite species of interest describing the layout of the genome and all the genes in the parasites arsenal. Once this is achieved, functional genomics approaches such as gene expression analysis can be used to determine genes of particular importance for host-parasite interactions and begin to elucidate their roles.

I am extremely proud to have been appointed as an honorary associate professor at the London School of Hygiene and Tropical Medicine as of June 2020, where I teach Pathogen Genomics.

In collaboration with the Lawnizcak group at WSI, I have been involved in developing a protocol for single-cell RNA-sequencing of Plasmodium cells. We have used this to shed new light on control of gene expression and to highlight roles for multigene families such as var and pir in sexual stages (Reid et al., 2018; Howick et al., 2019).

In collaboration with the Langhorne group at The Francis Crick Institute I am working to understand how malaria parasites are able to establish chronic infections, increasing their chance of transmission (Brugat*, Reid* et al., 2017). This has stemmed from work where I was involved in identifying a role for the pir gene family in virulence and the importance of mosquito transmission on controlling gene expression in the parasite (Spence et al., 2013).

The SIMS project is a multi-centre systems immunology collaboration (The Kenya Medical Research Institute, Oxford University, the Francis Crick Institute, University of Exeter) funded by the Medical Research Council to understand why some children are more susceptible to malaria than others (Bediako et al., 2019). We are now in the second phase of the project in which I am coordinating sequencing and analysis of the data.

I have lead projects to develop reference genome sequences for several distant relatives of the malaria parasite. In collaboration with Fiona Tomley and Damer Blake of the Royal Veterinary College, London and Arnab Pain at King Abdulla University of Saudi Arabia we sequenced the genomes of all seven chicken-infecting parasites of the genus Eimeria (Reid et al., 2014). Prior to that we generated a reference genome for the cattle parasite Neospora with Jonathan Wastling at University of Liverpool (Reid et al., 2012).

In collaboration with, amongst others, Mark Viney from University of Bristol, Taisei Kikuchi from University of Miyazaki and Richard Grencis at University of Manchester, we have sequenced the genomes of various species of parasitic nematodes: Strongyloides spp. (Hunt*, Tsai*, Coghlan*, Reid* et al., 2016), Trichuris (Foth*, Tsai*, Reid*, Bancroft* et al., 2014), Bursephelenchus (Kikuchi et al., 2011), Globodera (Cotton et al., 2014) and Haemonchus (Laing et al., 2013). I was also involved in the 50 helminths consortium to sequence and analyse genomes from an even wider range of parasitic worms (International Helminth Genomes Consortium, 2018).