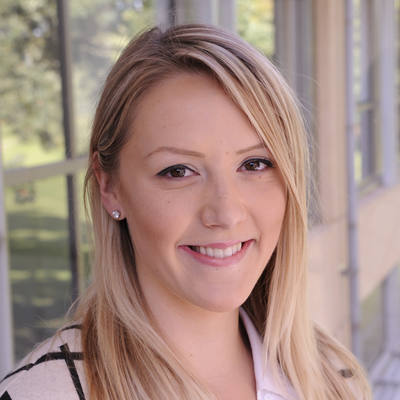 Mia is a PhD student with Mike Stratton within the Cancer Genome Project. She obtained a BSc (Honours and Dean’s Distinction) in Human Genetics from University College London in 2012 and subsequently joined the University of Cambridge and Wellcome Trust Sanger Institute for her post-graduate studies. She is co-supervised by Serena Nik-Zainal and works in close collaboration with her team and Ludmil Alexandrov at Los Alamos National Laboratory.

During our lives our DNA is exposed to different sources of DNA damage. Causes of the DNA damage can be of an external and intrinsic origins, such as exposure to UV-light or defects in DNA-repair processes, respectively. The damage that remains unrepaired is embedded within DNA in the form of mutations and can be identified by DNA sequencing. Every cancer cell carries a large number of mutations that are not implicated in oncogenesis but form characteristic patterns termed mutational signatures, which can inform on the sources of mutagenesis. Whereas mutations found in cancer DNA represent historical traces of mutational processes that were once operative, they lack the information on whether the mutagenesis remains switched ‘on’ or ‘off’ in cancer cells.

I am using mutational signatures as a readout, and next-generation sequencing as a tool, to identify mutagenic activities that continue to operate during cancer development and progression. My further interests encompass identification of genes responsible for an active mutagenesis through application of CRISPR/Cas9 genome editing technology.