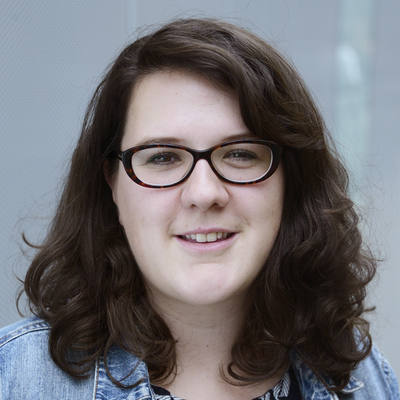 Alice is an Operations Manager for Open Targets, an innovative, public-private partnership that uses large-scale genetics and genomics data to systematically identify and prioritise drug targets. Alice aims to use her scientific expertise and background in genomics to facilitate the smooth running of Open Targets experimental projects that utilise cutting-edge technologies and approaches. Alice also supports Open Targets core operations, combining her knowledge of large-scale genetic studies and skills in project management, communication and strategic thinking. Alice works to the overall mission of the team; to create clarity, fight chaos and make things happen across all aspects of Open Targets.

Alice’s scientific background began in molecular and cellular biochemistry. During her Masters research, she was supervised by Professor Shona Murphy at the William Dunn School of Pathology, and investigated the mechanisms of transcriptional elongation of protein-coding genes. Later, Alice’s PhD and postdoc research then combined her established knowledge of biology with the analysis of large-scale genetic and genomic datasets to further understand the functional consequences of regulatory genetic variation. In this work, she explored GWAS and genomic data in haematopoietic cell types and combined molecular and functional data to systematically interrogate loci of clinical importance. Alice’s move to Open Targets was motivated by a desire to facilitate the translational benefit of genetics research by building on her skills gained beyond the research environment.

The Human Genetics Programme is driving a step-change in our understanding of genetic causes and biological mechanisms of disease susceptibility ...

If you have done GWAS and want to systematically find causal genes using functional genomics data, this job would really suit you. Currently closes on 20th Dec. Working at @targetvalidate and @sangerinstitute which is fun too! https://jobs.sanger.ac.uk/vacancy/statistical-geneticist-open-targets-430025.html

Take a look at the most recent publication from Open Targets. It’s GenIE-us!