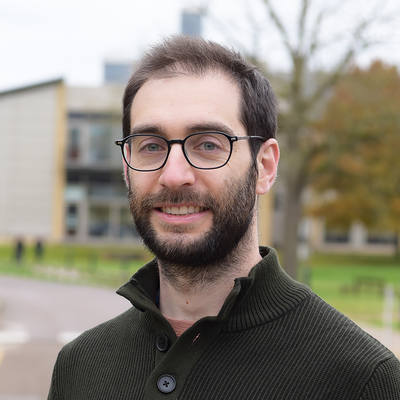 I am interested in understanding the evolution of bacterial genomes and notably how the diversification of their accessory genome via horizontal gene transfer (HGT) events can lead to their adaptation to different ecological niches.

For this purpose, I have been developing phylogenetic methods to model the processes of gene flow within microbial populations and reconstruct the history of diversification of their pangenomes. I notably focusing on modelling the co-evolution of genes within and across genomic lineages to understand how genes form evolutionary (and possibly functional) units. I am particularly interested in how genes assemble as modules and how these can form mobile genetic elements (MGEs) like plasmids. With this aim, I notably created the bioinformatic pipeline Pantagruel, which is still maintained and under active development.

Studying the diveristy of V. cholerae

In the group of Nick Thomson (PaM Programme), I now study the diversity and evolution of Vibrio cholerae genomes, to help understand the dynamics of emergence of pathogenic lineages within this bacterial pathogen species. Vibrio cholerae is primarily adapted to live in estuarine and sea waters, and is very diverse genomically. Within the species, only a few lineages can actually cause the acute watery diarrhoea disease known as cholera. Among these, the 7PET epidemic lineage has very limited diversity, but due to its high transmissibility has spread worldwide and represents the large majority of pathogenic V. cholerae isolated nowadays. However, there are many other lineage of V. cholerae that do not cause disease, or may cause other forms of disease.
I aim to use phylogenetic and pangenomic approaches to study the interplay between environmental adaptation and pathogenicity of the many V. cholerae genotypes observed in epidemic outbreaks and in their native environment, notably in aquatic ecosystems of India and Bangladesh.

I studied Biology at the Ecole Normale Supérieure de Lyon (France) and then did my PhD at the Université Claude Bernard (Lyon 1). There I used phylogenetic approaches to unravel past ecological adaptation of clade ancestors of the model taxon Agrobacterium tumefaciens, a rhizospheric bacterium. Methodological aspects involved reconstructing events of duplication and lateral gene transfer in the histories of genes. I also tracked groups of genes sharing evolutionary paths across genomes (notably co-transfers) to unravel selective pressures on functional co-operation of genes.

After my PhD I first joined the team of Francois Balloux in University College London for a first postdoctoral position in 2014. There, I studied the evolution of human-associated microbes from a phylogenetic and a population genomic perspective. This included the study of the patterns of recombination in of human herpesviruses and how it impacts their patho-adaptive strategy. I also performed the analysis of human oral microbiomes from populations following diverse subsistence strategies, to determine how lifestyle and diet impacts their microbiome and heath.

Then I joined Xavier Didelot’s group at Imperial College DIDE, where I developed phylogenetic methods to model the processes of gene flow within microbial populations and reconstruct the history of diversification of their pangenomes, focusing on the (co-)evolution of “accessory” genes (as opposed to “core” conserved genes) and notably how MGEs evolve from different modules. This project led to the development of the bioinformatic pipeline Pantagruel.

Are you looking for a postdoc position? And are you a bioinformatician / computational biologist with an interest in microbiology, metagenomics? Then I may have an opportunity for you @QueensUBio! Application deadline May 1st. @OpenPlastic @CSM_SCM @queensuResearch

We explored uncharted phylogenetic signal within plankton (#TaraOceans+#anvio+#CompassBinning) and found something unexpected: a third class of #GiantVirus relatives with unusual functional traits and prevalent in the oceans: the **Mirusviricetes** https://www.biorxiv.org/content/10.1101/2021.12.27.474232v1 More 👇