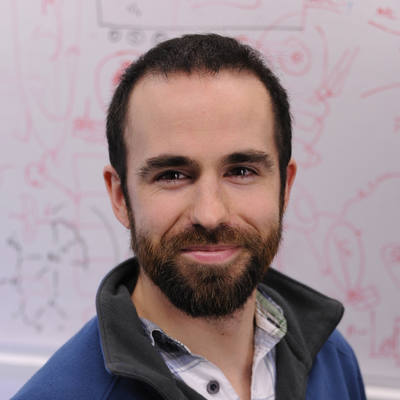 Francis is a staff scientist in the Cell Surface Signalling Laboratory at the Sanger Institute. His work covers the invasion of human red blood cells by the parasite Plasmodium falciparum with a focus on understanding protein interactions in order to develop better vaccines for malaria.

My current work uses biochemical techniques to study the molecular details of the protein RH5 and its interactions with other P. falciparum proteins during invasion of erythrocytes. RH5 is an exciting prospect for vaccines against malaria so I have also been exploring antigen designs that will produce invasion blocking antibodies.

Previously, at the University of Leeds, I developed a self-assembling protein cage for delivering siRNA into mammalian cells. This nanoparticle was based on the bacteriophage MS2. A major part of the work was trialing ligands that allow cancerous tissues to be targeted and so I became interested in the protein interactions at cell surfaces that allow a nanoparticle or pathogen to enter.