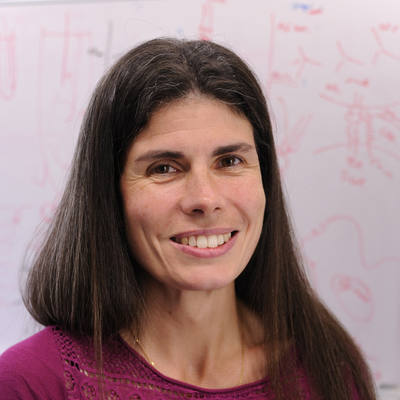 Cecile’s main interest is the identification of new interactions between proteins displayed at the cellular surface of pathogens and of their hosts. Her primary focus has been on two human parasitic diseases most prevalent in developing countries, malaria and schistosomiasis. The identification of interactions involved in parasite invasion of their host could help in the rational design of new vaccines and therapies.

I joined the Wright faculty lab in 2007 and have mostly been working on the identification of new receptor-ligand interactions between pathogens and their host. To identify targets that can be easily accessible to therapeutics, we have been focusing on pathogen and host proteins that are displayed at the cell surface. My role is to compile, express and test large libraries of recombinant proteins that represent the cell surface repertoire of various pathogens.

I first focused on cell surface proteins displayed at the surface of merozoites, the blood-stage form of the Plasmodium falciparum parasite that causes malaria. Using a technique to detect low affinity extracellular interactions, I screened this panel of parasite proteins against a library of proteins present at the surface of the human red blood cell. Using this approach, I identified some new host-pathogen interactions, including the one between the P. falciparum RH5 and human basigin, which is essential for the invasion of P. falciparum into the human erythrocyte. RH5 has now become a primary target in the development of an effective vaccine against malaria.

More recently, I have begun a new project looking at extracellular proteins of Schistosoma mansoni, the parasite that causes bilharzia, for which no vaccine is available despite being the second most common parasitic disease. We have compiled a library proteins mostly expressed at the schistomula stage, which occurs shortly after the parasite has penetrated the human host’s skin. Using a systematic screening approach, we hope to identify new vaccine targets.