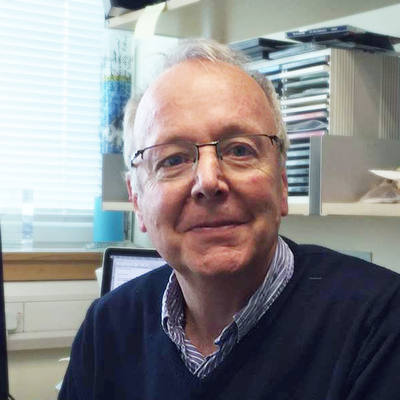 Adrian's research focus explores the way chemical marking of chromosomes influences genome activity in normal cells and in disease. As a member of Associate Faculty he pursued research projects in collaboration with Sanger scientists, taking advantage of the Institute's strength in large-scale genetics and genomics.

Following postdoctoral experience at the Universities of Yale and Zurich, he joined the Medical Research Council’s Mammalian Genome Unit in Edinburgh. In 1987 he moved to Vienna to become a Senior Scientist at the newly-founded Institute for Molecular Pathology.

Adrian’s research focuses on the basic biology and biomedical significance of DNA methylation. His research team identified CpG islands as gene markers in the vertebrate genome and discovered proteins that read the DNA methylation signal to influence chromatin structure. Mutations in one of these proteins, MeCP2, cause the autism spectrum disorder Rett Syndrome. His team also established a mouse model of Rett Syndrome and showed that the resulting severe neurological phenotype can be cured. Awards include the Louis-Jeantet Prize for Medicine (1999) and the Gairdner International Award (2011).

We are focused on using single-cell approaches, so called “cell atlas” technologies and understanding human genetics at the cellular level. The ...