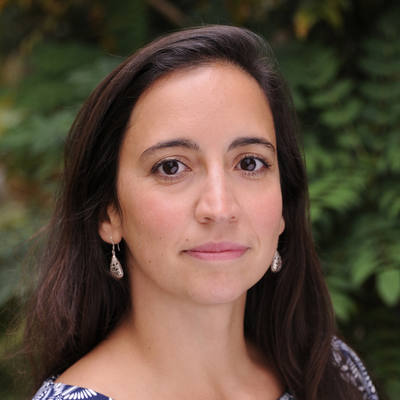 Dr Cristina Ariani leads the genomic surveillance operations for Covid-19 at the Wellcome Sanger Institute. She leads end-to-end services by championing change and continuous improvement, liaising with internal and external stakeholders. She is responsible for the continual development and day-to-day delivery of the Covid-19 sequencing service at the Wellcome Sanger Institute, ensuring collaboration across the internal delivery teams and a wide range of external stakeholders including Public Health Agencies and the Department of Health and Social Care.

Cristina is an evolutionary biologist by training. She did her PhD at the University of Cambridge, in which she studied the genetic variation of traits that affect disease transmission in a major mosquito vector – Aedes aegypti. She joined Prof Dominic Kwiatkowsky’s group after her PhD to work on malaria parasites and vectors, with a focus on developing tools to sequence their genomes. Previously she worked as a research assistant at the Institute of Zoology in London working on the conservation genetics of endangered species. She holds a Master degree from the State University of Rio de Janeiro in Brazil, studying the ecology of lizards.

GOAL - Liverpool 1-0 Leeds http://bbc.in/2gDdv9l via @BBCSport
Looks like the BBC are recycling! Thought I was looking at Saturday's game.

I've just updated my professional profile on LinkedIn. Connect with me and view my profile. http://lnkd.in/V_igNN #in