Drug resistance in parasitic worms poses a serious threat to global efforts to limit the significant health and economic impacts they have on people, pets and livestock. Researchers at the Wellcome Sanger Institute, the University of Glasgow and the Moredun Research Institute have used genetic crosses, drug selection and whole genome sequencing to map the genes linked to drug resistance of the parasitic worm, Haemonchus contortus, for the first time.

In the new study, published in Cell Reports, the team identified a handful of new and known genetic variants for three of the most important drugs used for parasitic worm control, pinpointing how drug resistance emerges and providing crucial data for the tracking of resistant variants in the field. The research lays the foundations for understanding how drug resistance arises and, most importantly, how it can be controlled.

Haemonchus contortus, known as the barber’s pole worm for its distinctive candy-stripe markings, is a species of parasitic worm known as a helminth. Helminths infect people, livestock and pets, with over a billion people and countless animals requiring treatment with drugs to control helminth infections each year. Left untreated, infections can result in a range of illnesses, from elephantiasis1 to river blindness in humans, and result in significant production loss and death in livestock.

But widespread resistance to anthelmintic drugs, particularly by worms that infect livestock, means that in many places certain drugs are ineffective. In the worst-case scenario, some farms harbour parasites resistant to every available treatment. Drug resistance threatens to add to the already huge costs of helminth infections of livestock, which are responsible for annual production losses of €686 million in Europe alone2. Although drug resistance is not yet widespread in human-infective helminths it is a growing threat, particularly in low and middle-income countries worldwide.

Genomes of parasitic worms are significantly larger and more complex than those of bacterial or fungal pathogens. This complexity, coupled with high levels of genetic diversity, has hindered previous attempts to identify the genetic differences that cause drug resistance. Researchers have been working on a high-quality reference genome for H. contortus for many years, which has enabled the current study to be completed.

In this new study, scientists set out to discover the genetic basis of drug resistance in H. contortus to the three most important anthelmintic drug classes used to control helminths in both humans and animals.3

To pinpoint the genes involved, the Moredun Research Institute crossed drug-susceptible and multidrug-resistant strains of the parasite, followed by drug treatment using either fenbendazole, levamisole or ivermectin.

Whole genome sequencing of the crossed parasites was undertaken at the Wellcome Sanger Institute. Analysis of the genomes of parasites sampled before and after drug treatment, together with genomic data from parasites sampled around the world, allowed the researchers to pinpoint a small number of new and known genes implicated in drug resistance. Molecular and drug treatment analyses using the free-living model worm Caenorhabditis elegans at the University of Glasgow further validated the genomic findings.

“Helminth infections place a huge economic and health burden on people throughout the world. In people and animals, treatment relies on a small number of anthelmintic drugs, all of which were initially developed for veterinary use. Alarmingly, we now see widespread resistance to these drugs in livestock and pets, highlighting a need for more strategic use and earlier detection of resistance to maintain drug efficacy. Identifying the genes involved in resistance to three different drugs in an economically important species like Haemonchus contortus is an important step forward.”

The fact that so few genes are involved in drug resistance is promising, as it will allow new tools to detect and track resistant strains to be developed relatively quickly. Work is already underway to create rapid diagnostic tests and genomic sequencing methods for use in the field.

While the greatest threat of helminths is to people in low-and-middle-income countries and livestock globally, there are emerging risks everywhere, including places where helminths have been well controlled in the past – such as in some southern US states, southern Europe, and for domestic pets and their owners4.

“For I and many of my fellow authors, this journey began when we started working on the Haemonchus contortus reference genome over a decade ago. To conclude this study with clear genetic signals that allow us to zero in on how drug resistance evolves in these parasites is hugely rewarding. But most importantly, these data put us in a much stronger position to understand resistance in helminths, as well as develop rapid diagnostic tools to track its spread.”

1 More information on this disease, which causes grossly enlarged limbs, is available from the WHO website.

4 A recent study found evidence of increased anthelmintic drug resistance in domestic pets and cautioned that greater surveillance may be required. 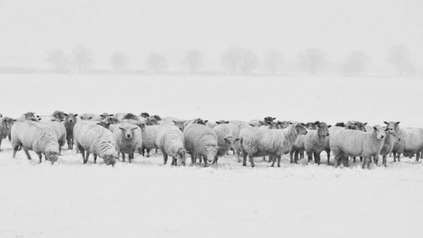 Dr Stephen Doyle, in the Sanger Institute’s Parasites and Microbes Programme, has just been awarded a new UKRI Future Leaders ...