Scientists have closed in on specific genes responsible for Inflammatory Bowel Disease (IBD) from a list of over 600 genes that were suspects for the disease. The team from the Wellcome Trust Sanger Institute and their collaborators at the Broad Institute of MIT and Harvard and the GIGA Institute of the University of Liège combined efforts to produce a high-resolution map to investigate which genetic variants have a causal role in the disease.

In the new study, published today (28 June) in Nature, scientists examined the genome of 67,852 individuals and applied three statistical methods to zoom in on which genetic variants were actively implicated in the disease. Of the regions of the genome associated with IBD that were studied, 18 could be pin-pointed to a single genetic variant with more than 95 per cent certainty. The results form a basis for more effective prescription of current treatments for the disease as well as the discovery of new drug targets.

More than 300,000 people suffer from IBD in the UK. IBD is a debilitating disease in which the body’s own immune system attacks parts of the digestive tract. The exact causes of this disease are unclear, and there currently is no cure.

To understand more about the genetics underlying IBD, researchers have conducted genome-wide association studies and previously found hundreds of genetic variants linked to the disease. However, it was not certain which specific genes were actually implicated by those variants.

“We have taken the biggest ever data set for IBD (Inflammatory Bowel Disease) and applied careful statistics to narrow down to the individual genetic variants involved. Now we have a clearer picture of which genes do and do not play a role in the disease. We are zooming in on the genetic culprits of IBD.”

The high-resolution map of the disease enabled scientists to see which variants directly influence disease, and to separate them from other variants which happen to be located near each other in the genome.

“An issue with studying complex diseases is that it can be hard to move from genetic associations, usually including many genetic variants of similar evidence, to knowing exactly which variants are involved. We need to be careful in deciding when we are sure we have the right variant. This new technique helps us to pinpoint which genetic variants are implicated in IBD with greater confidence.”

“These results will help towards rational drug discovery for complex human diseases like IBD, and possibly for the development of personalised medicine by finding biomarkers for more effective prescription of existing drugs.”

This work was supported by Wellcome, the Netherlands Organisation for Scientific Research, the Canadian Institutes of Health, the Belgian Welbio and BELSPO-IUAP programmes and others. For full funding information please refer to the publication. 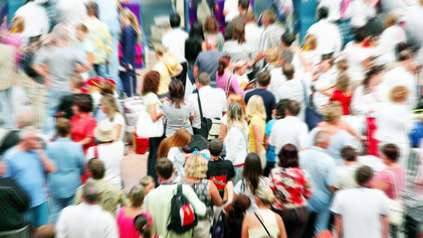