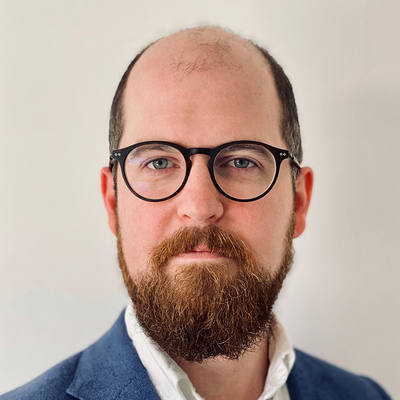 Jeff rejoined the Wellcome Sanger Institute in 2020 to help build the Sanger Institute’s comprehensive Covid-19 genomic surveillance programme in the UK. Previously Jeff was Director of Open Targets, an open innovation partnership to use cutting-edge genomic results to improve the early stages of drug development. His research team at Sanger analyzed thousands of genomes to better understand the biology of a wide range of complex disorders.

I believe that our rapidly advancing understanding of the genetics of complex diseases has the power to transform how we make new medicines, and prescribe them to the right patients. By collaborating with clinicians around the UK, my team combined the analysis of whole genome sequencing with functional genomics data from the right cells in the right context to connect genetics to biology.

I became interested in human disease genetics during a research project in Mark Daly’s lab at the Whitehead Institute while I was a student at MIT. After graduating I joined Mark’s group full-time where I developed software tools, including the widely used Haploview program. As I became interested in pursuing genetics as a career, I moved to Lon Cardon’s group in Oxford for a D. Phil in Statistics. I helped design the first generation of genome-wide association studies (GWAS), and was a lead analyst for the Wellcome Trust Case Control Consortium. Contrary to my assumption that I’d move back to the States, I couldn’t turn down a post-doc opportunity in David Clayton’s group in Cambridge, where I worked on meta-analyses and follow-up of GWAS in both inflammatory bowel disease and type 1 diabetes, each of which resulted in the identification of twenty novel associations.

I moved to the Sanger Institute in November 2008 to start a team in medical genomics (and committing myself to the UK for the long haul!). My team has used GWAS as a tool to explore the overlapping genetic architecture of diseases of inflammation, immunity, and infection including celiac disease, inflammatory bowel disease, multiple sclerosis, tuberculosis and malaria. More recently, the team has also analyzed large scale exome-sequencing datasets to probe the contribution of rare genetic variation in developmental disorders, autism and schizophrenia.

My leadership roles have included editorships at Bioinformatics and Human Molecular Genetics, the management committees of the WTCCC3, UK10K and DDD studies, and co-chairmanship of the International IBD Genetics Consortium.

What are some good tips / resources on saving energy in wet labs? I'll start: setting your -80C freezers to -70C can save up to 40% in energy (and makes no difference for many samples) ⚡️❄️

Our Chief Scientific Officer @jcbarret will be visiting the 21st Gene Forum in Tartu, Estonia this weekend. If you are attending the event and want to learn more about Nightingale Health, please come by our booth and say hi to our Health Insights team! https://geneforum.ee/

I’m just having so much fun this am imagining the reviewer 2 comments that led to this being rejected by Science & moved on to Science Advances https://www.theguardian.com/science/2022/aug/31/nasa-moxie-instrument-successfully-makes-oxygen-on-mars