Immune cells known as lymphocytes have been genetically sequenced in more detail than ever before to investigate how mutations in these cells influence the ageing process.

Immune cells have been genetically sequenced in higher resolution than ever before, giving insight into how and when they accumulate mutations, such as those linked to the development of certain cancers.

In the study, researchers from the Wellcome Sanger Institute, York Biomedical Research Institute at the University of York, and collaborators, created a new protocol that allowed them to grow and sequence colonies of B- and T-cells from a single cell, a technique that could also be used in other areas of research.

Published today (10 August 2022) in Nature, the research found that the mutations seen in healthy B-cells were largely similar to those seen in cancerous B-cells, suggesting that the development of the cancer arises from the same mutational processes. Understanding more about the factors that cause these mutations to develop into cancer in some cells and not others could help shed light on the origins of this disease.

Mutations in these immune cells, known as lymphocytes, may also influence ageing and other diseases of the immune system, and finding out more about when and how these occur over a person’s lifespan adds to our knowledge about what happens during the ageing process.

Immune cells known as lymphocytes are a part of the adaptive immune system and includes memory B-cell and memory T-cells, both of which undergo a certain amount of genetic mutation in order to be able to recognise and fight off pathogens.

In this new research, the scientists found that while this normal genetic mutation is mostly targeted to the genes for antibodies, a surprising amount of collateral damage occurs elsewhere in the genome. It is this off-target mutation that can lead to lymphocytes becoming cancerous and developing into a type of cancer known as lymphoma*.

In addition to this, they found that as lymphocytes spread through the body to survey for infections, they are exposed to additional DNA damaging agents, which can further increase the number of mutations.

The team found that some of the mutations in healthy immune cells were the same as ones already identified in lymphoma, which suggests that lymphomas arise from the same underlying mutational processes as seen in normal immune cells.

The considerably greater cell-to-cell variation than person-to-person variation suggests that changes within different areas of the body over a person’s lifetime, such as certain infections and inflammation, are more likely to cause mutations linked with cancer and disease than inherited mutations in genes.

The research gives more in-depth insight into the mutational landscape of healthy lymphocytes and the processes that cause these mutations, which adds to the current understanding of ageing. Further research into how much these mutations and processes vary between tissues is needed to investigate if these offer any avenues for future treatment.

“The adaptive immune system changes a lot as we age, but previously it has not been possible to study this in the same level of detail as we have achieved here. Our research is another step towards understanding how mutations in lymphocytes accumulate over time and the impact that these have on the ageing process. The protocol we have developed in order to expand cells can also be applied to other areas of research, and we hope that it will be as valuable to other scientists as it is to us.”

“Our research suggests that even though lymphocytes play the same role throughout the body, the mutations that they acquire are linked to their specific tissue environments. These environments could play a larger role in the development of certain lymphomas than inherited mutations. Understanding these processes in greater detail may be able to help shed light on why some of these cells go on to develop into cancer, while others don’t.”

Dr David Kent, co-senior author from the York Biomedical Research Institute at the University of York

“Our research begins to fill in the missing gaps in knowledge around how mutations in the adaptive immune system feed into ageing. By sequencing around 700 lymphocyte genomes, we have started to build a better picture of the mutational processes that happen over time, and how these relate to the development of lymphoma. While more research is needed, this research gives a strong foundation for further studies into this area.”

*Cancer of the immune cells is known as lymphoma — a group of cancers including non-Hodgkin’s lymphoma — which impacts more than 13,000 people in the UK per year1. Lymphoma can develop at any point in a person’s life, however age can be a risk factor in some types of cancer as over time these cells acquire more genetic mutations, and some of these mutations give a higher risk of developing cancer.

This research was supported by the WBH Foundation and Wellcome. A full acknowledgments list can be found in the paper. 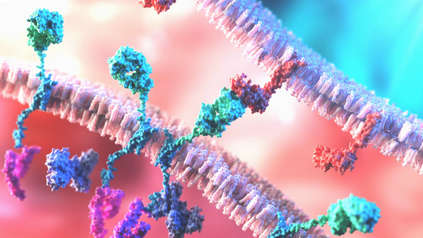 A decades-long interest in cell surface proteins has led to discoveries as diverse as how malaria parasites invade human blood cells, ... 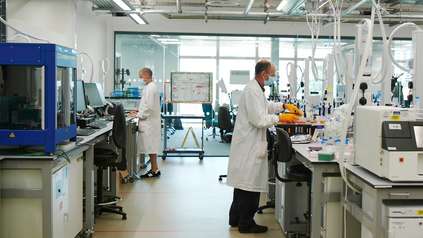 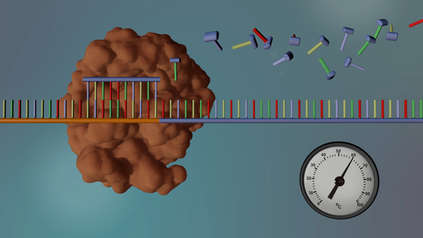 This 3D animation shows the basic steps in the method of DNA sequencing that was used during the Human Genome Project.