Sanger Institute researchers are among those to receive funding to increase ethnic diversity in seed projects* supporting the Human Cell Atlas (HCA), the global initiative to map every cell type in the human body.

The new funding** from the Chan Zuckerberg Initiative (CZI) Seed Networks Incentive to Support Diversity for the Human Cell Atlas will help to increase the racial, ethnic, and ancestral diversity of the people who donate samples contributing to a first draft Human Cell Atlas.

Dr Kerstin Meyer from the Sanger Institute, Dr Marko Nikolić from University College London and their clinical collaborators are working to create a cell atlas of children’s lungs and upper airways. Using single cell genomics, the team is looking at the activity of viral entry and immune response genes in individual lung cells from children at different ages. This will help to understand how the respiratory system changes during childhood, identify which cell types can be infected by different viruses, such as SARS-CoV-2, and reveal how the airways respond to such infections.

The extra funding will enable the team to include more samples from children from ethnic minorities, to increase the diversity of the children’s lung cell atlas.

“We know that genetics can affect someone’s response to lung diseases, so it is essential that samples for a children’s lung cell atlas are taken from children from diverse backgrounds. We are working with London hospitals to include more samples from children from genetically under-represented populations. Only by sampling the full diversity of population groups will the Human Cell Atlas be able to understand the range of characteristics that represent the healthy body.”

“This is a very collaborative effort between many clinicians and scientists involving multiple large London hospitals, taking full advantage of the ethnic diversity of our capital for the global initiative of mapping every cell type in the human body. Focusing on children and the respiratory system is particularly relevant considering the current pandemic.”

The CZI HCA Seed Network that is creating a reference atlas of the adult human heart is another project that will receive the diversity funding. This project is coordinated by Dr Jonathan Seidman from Harvard Medical School, with collaborators including Dr Sarah Teichmann, Head of Cellular Genetics at the Sanger Institute and co-founder and co-lead of the Human Cell Atlas. Race and ethnicity contribute to differences in the incidence, treatment, and outcomes of cardiovascular disease worldwide. To help understand this, the project will now include more hearts from black and Hispanic donors, and will analyse the ancestral diversity on cells in the human heart.

“It is critical to include diverse tissue samples in the Human Cell Atlas so we can learn and grow from historical shortcomings and bias in genomics. While this effort is only the start of addressing diversity in the Human Cell Atlas in the long term, these projects will serve as an initial pilot to surface future opportunities to more deeply address these challenges for the future.”

“The Human Cell Atlas initiative is aiming to map every cell type in the human body, creating a comprehensive reference atlas that will inform healthcare. We are committed to global inclusion and equity, and are delighted that the Chan Zuckerberg Initiative is funding extensions to these Human Cell Atlas seed projects to enable greater diversity of people represented. This will help towards creating a reference atlas that is truly representative of the entire global human population, to improve our understanding of human health and disease across the world.”

Further information on the Human Cell Atlas at: www.humancellatlas.org 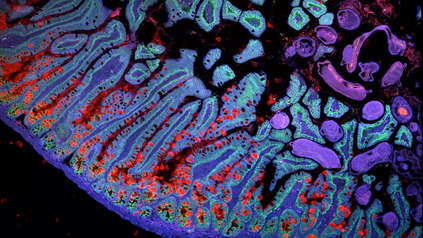 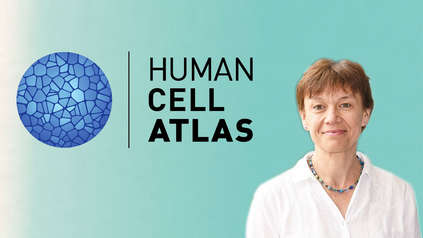