The first in-depth analysis of how genetic variants involved in immune diseases affect the function of regulatory T cells has been conducted by scientists at the Wellcome Sanger Institute and their collaborators.

The study, published in Cell Genomics, identified 91 unique genes that play an important role in immune diseases, such as asthma and Crohn’s disease, by influencing how regulatory T cells function. It lays the groundwork for understanding the modulation of gene expression in these cells, providing valuable data on which to build future studies and pursue new treatments.

Regulatory T cells (Tregs) are a relatively rare immune cell type that play a key role in controlling human immune response. Previous studies have linked genetic variants that affect Treg function to immune diseases such as type-1 diabetes and rheumatoid arthritis. These associations have been supported by studies that have found that immune disease patients carry Tregs that do not function properly, or are present in abnormal numbers.

This evidence suggests that identifying how genetic variants modulate Treg function could have important clinical implications. However, due to the rarity of Tregs and the difficulty of culturing them in a lab, there are large gaps in our knowledge that this new research sought to address.

For this study, researchers at the Wellcome Sanger Institute isolated Tregs from 124 healthy individuals to map how genetic variants regulated the expression of genes and function of the cells. These data were then cross-referenced against variants associated with increased risk of developing immune diseases1, in order to hone in on the genes that play pivotal roles in disease pathogenesis.

Genetic variants predisposing individuals to immune diseases were linked to a total of 91 genes, 31 of which were specifically impaired in Tregs but not in other immune cell types investigated by the researchers.

“Regulatory T cells (Tregs) act as a break on the immune system to help it fight infection without escalating uncontrollably and harming the tissues of the body. If Tregs are not working as they should or are low in number, tissues can become too inflamed and result in immune disorders such as inflammatory bowel disease and arthritis. This study is an important step towards understanding how genetic variants influence the function of Tregs and what role this can play in disease.”

The researchers also identified seven known drug targets that could be suitable for drug repurposing. A further 63 targets were found where there is drug tractability evidence – meaning a gene is suitable for drug development or there are already available drugs at some stage of clinical trials.

“Though genome-wide association studies (GWAS) are good at identifying which genetic variants are at play in disease, the large number of associations make determining causation difficult from GWAS data alone. By cross-referencing these data against chromatin activity and gene expression regulation, we were able to narrow down the genes involved in immune disease from thousands to less than a hundred. This makes the task of identifying viable drug targets far easier.”

The next step for this research will be to investigate precisely how genes affect Treg function by simulating these interactions in the laboratory, which will provide more context for the development of new therapies.

“This research lays a foundation upon which to build our understanding of how the interplay between genetic variants and gene expression causes immune diseases to develop. Though there is a lot of further study to be done to pinpoint the precise biological mechanisms involved, we are one step closer to doing that and to developing effective treatments.” 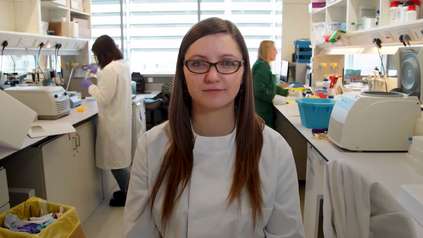