The origins of seven types of kidney cancer, including several rare subtypes, have been identified by researchers at the Wellcome Sanger Institute, Great Ormond Street Hospital (GOSH), the Princess Máxima Center for Pediatric Oncology and Oncode Institute. The findings confirm that these cancers have their origin in specific forms of developmental cells present in the maturing fetus.

The study, published today (23 June) in Nature Communications, used computational methods to analyse existing datasets and pinpoint the ‘cellular signals’ given off by different cancers as they emerge. This method holds promise as a tool for diagnosing patients with rare cancers – in the study, one patient’s cryptic kidney cancer was identified as a Wilms-like tumour by looking at its cellular signals.

All cancers are derived from normal cells that have started to multiply uncontrollably. By comparing patterns of gene expression in cancer and normal cells, it is possible to learn about aspects of each tumour’s origin and behaviour. This type of analysis has been made possible by the advent of single-cell mRNA sequencing, a high-resolution technology that can identify different cell types present in a tissue according to the genes expressed by individual cells.

Previous studies have used these techniques to compare normal and diseased tissue in some of the most common kidney cancers, but to conduct single-cell sequencing on many hundreds of tumours would not be achievable.

In this study, researchers at the Wellcome Sanger Institute and their collaborators turned to computational techniques to mine Human Cell Atlas (HCA) reference data* and databases of tumour gene expression. They assessed mRNA signals in 1,300 childhood and adult renal tumours, spanning seven different tumour types, in order to investigate the origins of these cancers**.

The results confirmed that these childhood cancers are developmental in origin, occurring after errors in a particular developmental cell type’s journey to maturity. In contrast, adult kidney cancers emerged from mature cell types and do not revert to a developmental pattern of gene expression in the vast majority of cases.

Each cancer type was also found to exhibit unique ‘cellular signals’, or patterns of gene expression, that could be used to classify them in future.

“It has long been assumed that childhood tumours have ‘fetal’ origins. Now we can replace that loose definition with a precise, quantitative measurement of the cellular signals that different tumour types exhibit. Our analysis also refutes the theory that adult tumours revert to a developmental state, unless they are a highly lethal subtype of adult kidney cancer.”

Dr Matthew Young, first author of the study from the Wellcome Sanger Institute

The study sheds light on the behaviour and origins of some kidney tumour subtypes whose rarity would have made it difficult to examine otherwise. These were congenital mesoblastic nephroma, clear cell sarcoma of the kidney, malignant rhabdoid tumour of the kidney, and chromophobe renal cell carcinoma.

The method pioneered in the study also helped to classify one patient’s tumour, which clinicians had been unable to diagnose fully.

“Sometimes it is not possible to fully diagnose childhood kidney cancers via the usual methods, which can impact our ability to adopt the best course of treatment. One of the samples used in this study was from a child with one of these undiagnosed tumours. But by analysing the genes expressed by the tumour cells, we were able to recognise it as Wilms’ tumour. My hope is that this approach can be used in such cases in future.”

In recent studies, researchers have identified the origins of individual childhood cancers, such as neuroblastoma, using mRNA single-cell sequencing on small numbers of tumours. Here, computational analysis of existing data has been used to determine the origin of a larger groups of childhood cancers.

“Not only does this computational approach using existing datasets validate previous results on the origins of childhood kidney cancers, it provides a new way of expanding this research to much larger numbers of tumours and rare cancer types. I believe that the success of this approach could act as a blueprint for investigating the behaviour and origins of the entire spectrum of human cancer.”

Dr Sam Behjati, a senior author of the study from the Wellcome Sanger Institute

*Single-cell RNA sequencing (scRNAseq), used to assess which genes are active in individual cells, can be used on millions of cells at once and generates vast amounts of data. The Human Cell Atlas project uses such techniques to uncover and characterise all of the cell types present in an organism or population. https://www.sanger.ac.uk/news_item/human-kidney-map-charts-our-growing-immune-defence/

** Bulk transcriptomes are an aggregate of gene expression for both tumour and normal cells. The types of cancer analysed in the study were: 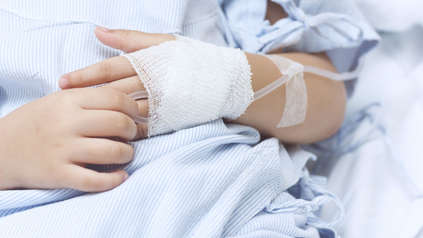