New insights into badger biology, disease and response to climate change are on the horizon, following the completion of the European badger reference genome by scientists at the Wellcome Sanger Institute and the University of Oxford. The work is part of the Darwin Tree of Life project to sequence all species in Britain and Ireland.

The genome, openly accessible to researchers across the world, will enable scientists to answer new questions about badger biology and evolution, such as how genetics affects their ability to respond to disease and climate change.

The European badger (Meles meles) is an iconic mammal that survives in the wild across much of Europe. The species is highly adaptable and able to thrive in diverse habitats, from mountains to deserts to cities. With closely-related cousins in Eastern Europe, Asia and Japan, it is a good model species through which to assess the impact of climate change.

The European badger has a particularly high density in the United Kingdom, where in recent years it has been subject to a controversial cull aimed at reducing incidence of bovine tuberculosis (TB) in cattle herds. Though badgers are susceptible to bovine TB and can transmit it to cattle, there is no conclusive evidence that reducing badger numbers will help to reduce outbreaks in livestock.

To create the genome, researchers at the University of Oxford’s Wildlife Conservation Research Unit (Wild CRU) collected blood samples from an individual badger plus both of its parents in Wytham Woods, as part of a  long-term study examining badger ecology, behaviour and genetics. DNA from these samples was extracted, sequenced and these data then reassembled into a complete, high-quality reference genome at the Wellcome Sanger Institute. Using data from the mother and the father meant that the genome sequence could be resolved into the distinct contributions from each parent.

Functional areas of the genome, such as chromosomes and genes, were annotated by bioinformaticians at EMBL’s European Bioinformatics Institute (EMBL-EBI), before releasing it openly to researchers across the world.

“In previous research our team investigated why badgers are so prone to bovine tuberculosis, with the aim of trying to refine a vaccine. But without a badger genome we had to use ferret data as an analogue, which restricted what we could learn. Reference genomes allow you to answer questions you simply couldn’t otherwise, and I’m sure badger researchers will be excited to explore new paradigms in evolutionary ecology using this highly tractable mammal model.”

The badger population in Wytham Woods has been studied in unprecedented detail since 1987, generating a large long-term dataset that has given insights into badger behaviour, climate change responses, reproductive biology, epidemiology, immunology and disease. The badger genome will facilitate further genetic studies into ecology, population biology and evolution of badgers and related mammals.

One project currently underway is investigating whether early-life adversity affects individual badgers in later life and whether this is linked to epigenetic patterns, where gene expression is affected by environmental factors rather than altering the genetic code itself.

“We know that factors like adverse weather conditions affect a badger’s survival, reproductive success and lifespan, and are interested to learn whether individual coping capacity can be predicted from their genome. By combining the vast amount of badger population data collected at Wytham since 1987 with the new reference genome, we can start to answer some of these intricate questions. This will also inform the field about the effect of climate change in wildlife populations at a molecular level.”

The genome will provide a reference point for badger studies in other countries, such as Spain, Italy and Japan. By collating data on different badger populations and sub-species, scientists hope to unpick the evolutionary story that has unfolded and the genetic variations that allow individuals to survive in vastly different environments.

“Because of their success in colonising diverse habitats across much of the northern hemisphere, and because we have lots of information about them already, badgers offer us a fantastic opportunity to observe the course of evolution through genomics. We’re delighted to be able to offer this high-quality reference genome to researchers across the world.”

The Darwin Tree of Life project is funded by Wellcome. 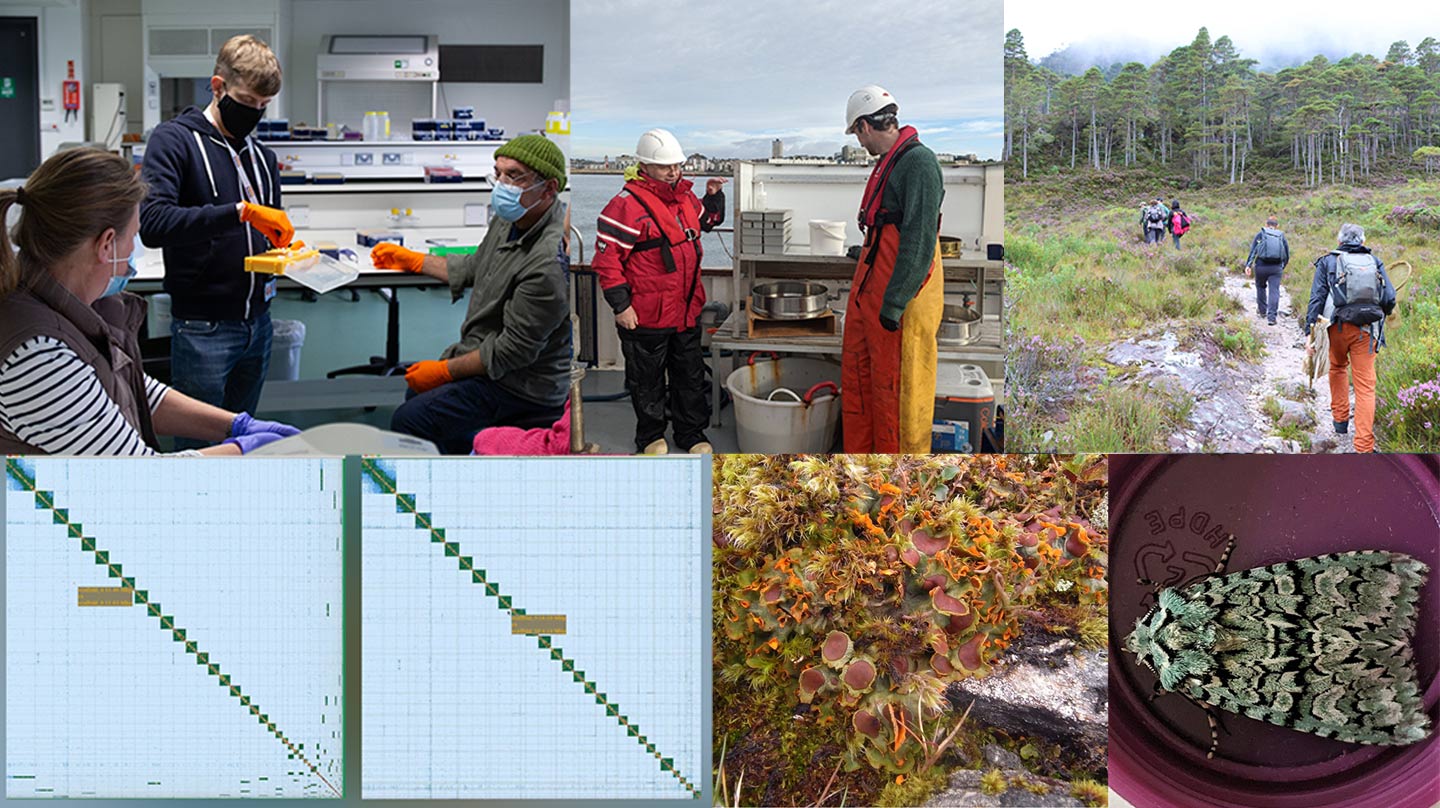 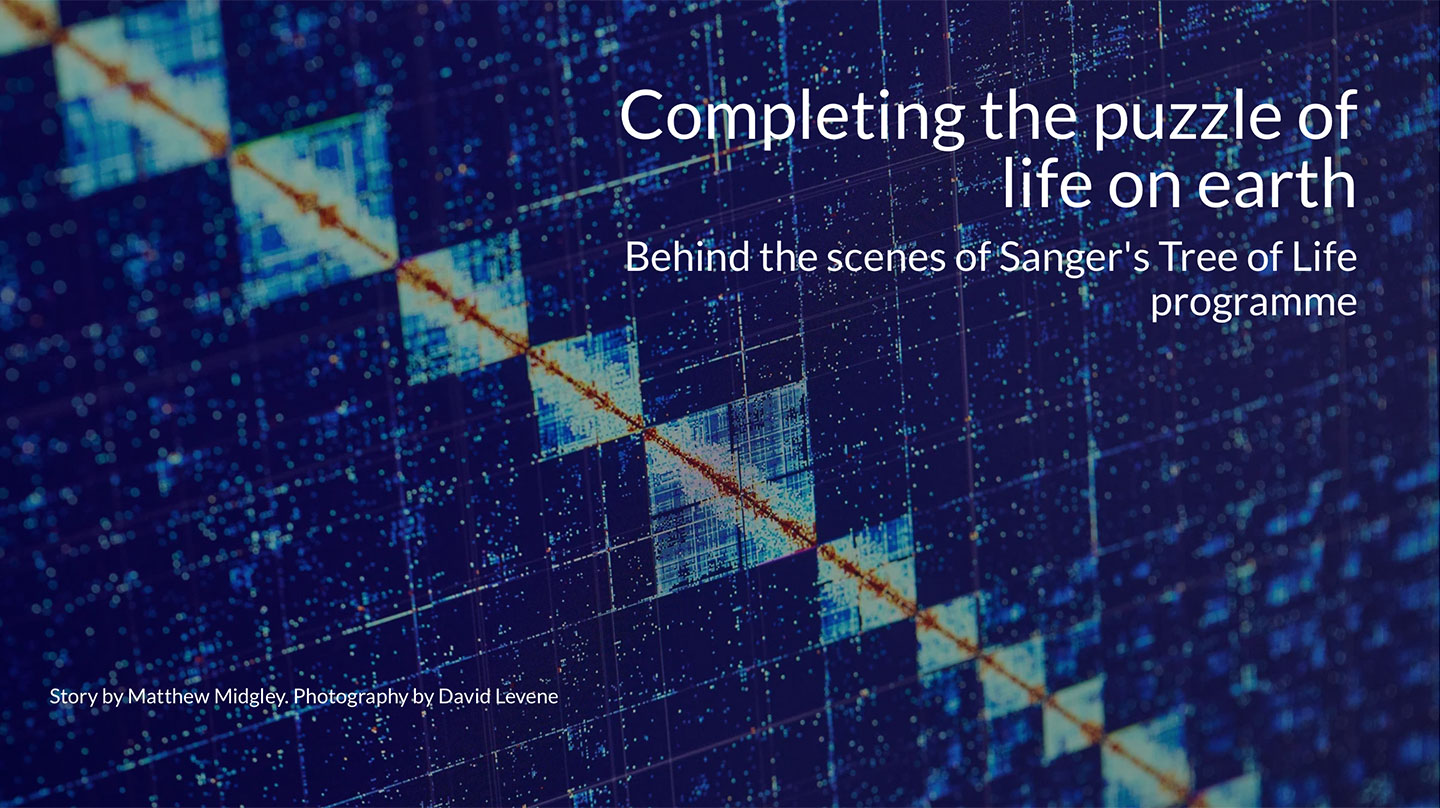 Completing the puzzle of life on earth

Behind the scenes of Sanger's Tree of Life programme