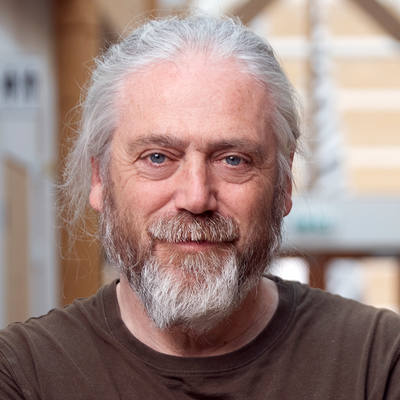 I am Programme Lead for the Sanger Institute's new Tree of Life Programme. ToL has as an overarching goal the sequencing to high quality of all species on Earth.

We will do this in collaboration with others worldwide, under the umbrella of the Earth BioGenome Project. Within In ToL we will be generating and analysing reference genomes for the diverse eukaryotic species, in the British Isles with collaborators in the Darwin UK Tree of Life Project. I am excited to be at the centre of this visionary network of genome scientists, biologists, conservationists and bioinformaticians, who are all dedicated to unlocking the secrets of life on earth.

Our planet is experiencing the sixth great extinction, where acceleration of biodiversity loss threatens the health of the ecosystems on which the health of human society depends. In the Tree of Life Programme, we are using genomics to understand the deep roots of biodiversity, delve into the unique biology of threatened organisms, and provide tools for conservation and mitigation of climate change and other threats.

The diversity of life is encoded in genomes. Genomes are much more than strings of chemical letters: they store the instructions for building each organism, and the history of the evolution of the species through deep time. We are lucky to be at a point in the development of genomic and informatic technologies where it is possible to build high-quality, essentially complete chromosomal reference genomes for thousands of species. Where previously a “reference genome” approach was only applied to humans and important model species, we can now extend this approach to all of life. We are therefore planning to sequence many thousands of genomes per year, from animals, plants, fungi and single-celled organisms. These will be released to the global community – to transform the way all of biological science is practiced in the future.

We are starting with one of the best known biotas in the world: the animals, plants, fungi and protists that live in the British Isles. This archipelago in the Atlantic Ocean off the West coast of Europe is a perfect laboratory for biodiversity science. It has been studied for centuries, and the detailed knowledge of what is where within these islands is unrivalled globally. There exists an engaged community of biodiversity scientists and anmateur and professional naturalists who are poised to use the genomic information to better understand how the ecosystems of the British Isles were constructed after the last ice age, how they are responding to climate change, and how genomic diversity maps onto the phenotypic diversity evident all around.

Working with partners across the British Isles (the Natural History Museum, the Royal Botanic Gardens Kew, the Royal Botanic Gardens Edinburgh, the Marine Biological Association, the Wytham Woods long term ecology research station of the University of Oxford, the Earlham Institute, the European Bioinformatics Institute, the University of Cambridge and the University of Edinburgh) we plan to sequence all 60,000 named eukaryotic species in the next 10-12 years. This involves huge efforts in collection and identification, massive sequencing and assembly programme, and dedicated large-scale portals to release the data to the public. At ToL in Sanger we are responsible for developing the engines needed to generate very high quality genome assmblies, including developing new methods and computer tools. We will be working closely with other large scale genome sequencing projects worldwide, inlcuding the Earth BioGenome Project, the Vertebrate Genomes Project and others, to deliver a global genomic resource that benefits all.

We will use these genomes to build the tree of life, revealing how organisms are related, and identifying where, when and how speciation happens. We will explore the genes present in the thousands of genomes: how do these evolve through time? We will explore the hidden world of cryptic species, where organisms that look the same to us are actually independent evolutionary units, and use sequencing as an assay to track species diversity in space and time. We will explore the genomics of symbiosis, where distinct organisms live together. Many symbiotic relationships can be classed as parasitic (over 30% of all eukaryotes can be classed as parasites) but some are mutualist: how do these modes of life arise, and what effect does lifestyle have on the pattern of evolution in the genomes of host and symbiont? Genomes are not just random collections of genes, but are organised into chromosomes, and these chromosomes have long-range structures. How do long-range chromosomal structures evolve, and what keeps them (largely) stable?

My background is in the genomics of parasitic nematodes, but I have worked on a wide range of species from viruses to mammals, and on topics ranging from the dynamics of infection in marine algae to the origins of handedness in snails to the evolution of male plumage diversity in birds. Throughout my research we have championed open access, releasing datasets well in advance of publication to encourage reuse. We develop tools for genome analysis, including raw and assembly data QC, data visualisation and interactive analysis.

Can someone please take this job and sequence all these amazing and absolutely understudied species? https://twitter.com/SangerToL/status/1479452845292331012