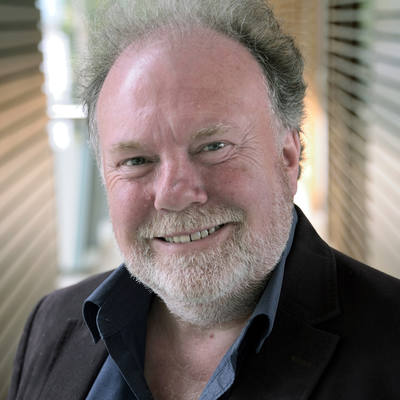 Paul Woobey retired from the Sanger Institute in October 2020

Paul Woobey was the Director of ICT and led the IT facility, which provides high-performance IT infrastructure (HPC) and Enterprise computing to support the large-scale science performed at the Sanger Institute.

Our HPC (supercomputing) environment is recognised as World Class and we aim to provide First Class Production Platforms and Services for the institute. However, we recognised a number of challenges for IT at the Sanger Institute. In particular catering for the increasing scale of science that is possible through decreasing costs and higher throughput from sequencing – which was predicted to double our data and computational requirements in the next five years. Our data centre was 90 per cent full, so we needed to open the fourth quadrant (three were already used ) to cope with growth. In addition, the Campus began to host spin-out organisations and Bio-incubator organisations – so we developed and offered our IT expertise and experience to these organisations under the banner of “Science as a Service”. In addition, we ensured widespread collaboration with our peers around the world, while negotiating changing regulatory and validation requirements.

Prior to joining the Sanger Institute, I held a number of senior positions in IT. I was CIO and Head of Methodology at the Office for National Statistics (ONS). At Pfizer, I was the CIO for Europe, Middle East, and Africa. I was the Vice President for Global Infrastructure at GE and before that Amersham International. Earlier, I worked in high energy particle physics research at Rutherford Appleton Laboratory and in reactor physics for the Atomic Energy Authority. I graduated in atomic physics and mathematics.