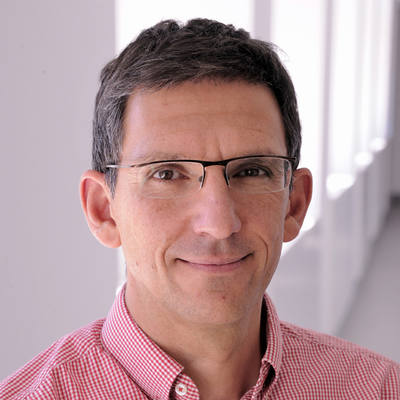 Ludovic Vallier was jointly based at the Cambridge Stem Cell Institute and the Wellcome Sanger Institute. His laboratory, now fully situateed at the Cambridge Stem Cell Institute studies the basic mechanisms controlling differentiation of human pluripotent cells into pancreas, lung, gut and liver cells. His overall objective is not only to investigate molecular mechanisms of differentiation but also to generate cell types for clinical studies and for cell based therapy.

Ludovic Vallier is Professor for Regenerative Medicine affiliated to the Department of Surgery Cambridge University. He is also a Senior Group Leader at the Cambridge Stem Cell Institute, and director of the Cambridge Biomedical Research Centre hIPSCs core facility.

His group has developed a strong expertise on human embryonic stem cells and human induced pluripotent stem cells by discovering key mechanisms controlling their differentiation and pluripotency. These mechanisms include the importance of TGFbeta signaling in maintaining the pluripotent state of hESCs and also the molecular mechanisms by which cell cycle controls cell fate decisions.

His laboratory studies the basic mechanisms controlling differentiation of pluripotent cells into endoderm progenitors from which the pancreas, lung, gut and liver originate. The overall objective of is to define the genetic and epigenetic mechanisms controlling the specification of the endoderm germ layer and also its subsequent differentiation into pancreatic and hepatic progenitors. For that, he uses hESCs and hIPSCs as in vitro model of development. His group has developed a strong expertise in the production of these different cell types using hPSCs. In parallele, he is acquired the expertise to perform functional studies involving gain and loss of function using genetic modification of hPSCs.

His group uses this basic knowledge and the resulting model systems to perform functional studies on genes involved in early development of the pancreas and liver. These functional studies are performed on a large cohort of hIPSC lines and combined with genome-wide analyses such as RNA-sequencing and ChIP-Sequencing. This approach enables us to uncover the transcriptional networks and the genetic mechanisms controlling early pancreatic development.

Furthermore, we are using genetic modifications to correct or to impose genetic variants in different background to determine their influence on cellular phenotype especially on the capacity of pancreatic progenitors to generate endocrine cells.

Some thoughts for the incoming weekend. is there a gallbladder in Molluscs? or even of common bile duct? This question is more important than it seems.

First publication in Berlin for @VallierLab! Great collaboration with @BerlinLiverLab and Adrien Guillot @Tacke_lab. Review on the strengths & limitations of current human models for NAFLD. Very nice to work with new colleagues and collaborators. Looking forward for more.

Exciting news! 🎉Our latest publication on #NAFLD research is in press. We review the strengths & limitations of current human models for NAFLD & propose a framework for the future #DrugDiscovery. Great teamwork with @VallierLab, Adrien Guillot @Tacke_lab https://tinyurl.com/3wkxv53e