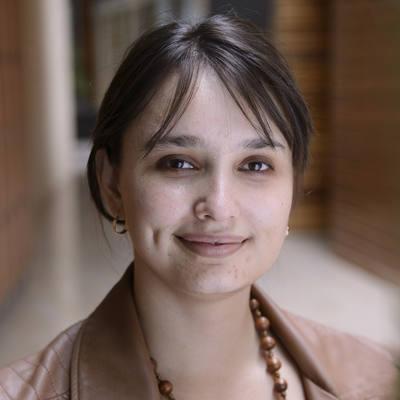 I am a bioinformatician interested in the role of human germline variation in cancer predisposition and progression. I analyse whole exomes and genomes from individuals with cancer, mainly melanoma, in order to investigate the biological mechanisms involved in tumourigenesis. I also work to develop software to aid in visualisation of high-throughput sequencing data.

My work aims to understand how human genetic variation influences cancer predisposition, mainly to melanoma, and cancer progression. As part of the Melanoma Genetics Consortium (GenoMEL), our team has been able to analyse almost 200 genomes and exomes from individuals from predisposed families from Europe and Australia with unknown genetic causes for their disease. Recently, we described the involvement of telomere dysregulation in melanoma predisposition through deleterious germline genetic variants in the POT1 gene in almost 5% of families with melanoma from unknown causes. We have kept working on this discovery and have since found damaging variants in other genes in the same biological pathway, contributing to our understanding of this disease. We have been working to extend this work by studying additional families from other parts of the world, as well as obtaining data with better resolution to explore other hypotheses behind disease-causing mechanisms.

More recently, we described one of the first examples of a common genetic profile having a large impact on tumour somatic mutation burden. Here, by studying more than 400 exomes from melanoma patients, we could estimate that patients carrying at least one variant allele of the MC1R gene (which participates in melanin production and of which red-haired individuals normally carry two variant copies) have more sun-associated mutations in their tumours, comparable to two extra decades of life. We also provide evidence for additional, non-UV associated mutational mechanisms in melanoma, which we are currently investigating.

I am also interested in methods to aid in visualisation of high-throughput sequencing data. At the moment, I am working to develop software to visually display relevant mutation information in protein context (such as variant allele frequency and mutation consequences) from whole-exome sequencing studies.