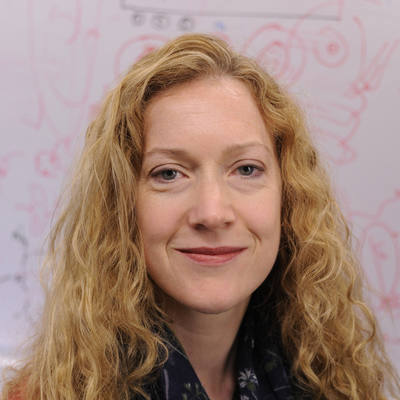 Catherine Onley is a Daphne Jackson Fellow in the Cell Surface Signalling group. Her primary research interest is protein-protein interactions during cellular recognition and activation events. She is investigating the mechanisms of red blood cell invasion by the parasite Babesia microti to identify potential targets for vaccines and therapeutic intervention.

I have returned to academic research following a career break and period in the biotechnology industry. My Daphne Jackson fellowship focuses on identifying and characterising interactions between parasite and host proteins that allow parasites to recognise and invade human red blood cells.

Babesiosis is an emerging human tick-borne parasitic disease and blood transfusion-transmitted infection. Babesia microti, the prevalent cause of babesiosis in humans, is related to Plasmodium spp., the etiological agents of malaria and parasites of the genus Theileria and Babesia, which cause economically significant disease in livestock.

Red blood cell invasion is an essential step in the parasite lifecycle. During invasion, parasites are exposed to host antibodies and can be targeted by vaccines to generate a specific immune response and block parasite invasion. Little is known about mechanisms of invasion by B.microti.

The project makes use of technologies developed in Dr Wright’s laboratory that allow large-scale identification of parasite proteins that bind host cell proteins and has been used to find novel interactions, and promising vaccine candidates, for the related parasite Plasmodium falciparum, which is the most virulent cause of malaria.

During my PhD, I investigated interactions between platelet receptors and collagens in cardiovascular disease. I then worked within the biotechnology industry and commercial sector before returning to academic research.