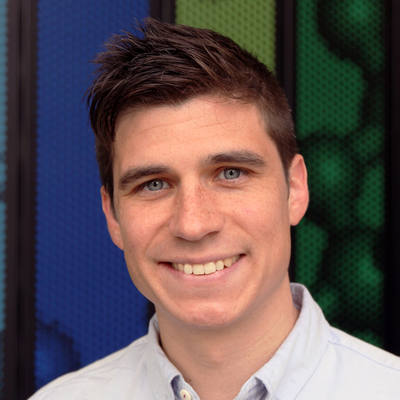 Inigo is a group leader at the Sanger Institute investigating somatic mutation in normal tissues, cancer and ageing.

In the past decade, genome sequencing of tumours has revolutionised our understanding of the genetics of cancer. This has revealed that most cancers carry thousands of mutations in their genomes, accumulated through the lifetime of their cells. However, owing to technical limitations, little is known about the earliest steps of cancer and how normal cells in our tissues accumulate mutations during ageing and in different diseases.

In 2015 we published the first comprehensive description of somatic mutation and selection in a healthy solid tissue, revealing that human skin is a patchwork of thousands of competing clones carrying cancer-driver mutations (Martincorena et al., 2015). At that time, it was unclear whether sun-exposed skin was an exceptional tissue, owing to a lifetime of sun damage. In subsequent studies we described similar patterns in normal oesophagus (Martincorena et al., 2018) and bladder (Lawson et al., 2020).

These findings revealed how little we know about how our cells mutate and compete during life and have raised questions about the role of these processes in cancer and ageing. Our research focuses on understanding the extent of somatic evolution in normal tissues, including developing new methods to study somatic mutagenesis at single-molecule resolution (Abascal et al., 2021), studies exploring the impact of somatic mutation in diseases unrelated to cancer and forays into somatic mutation in other species (Cagan, Baez-Ortega et al., 2022).

A powerful new system to study epithelial clonal competition in vitro. By the great @LupinCambridge, @AlbertHerms, @MariaPAlcolea and Phil Jones’s lab at @sangerinstitute.

If you like this + the challenge of using the sequencing muscle of @sangerinstitute to tackle biophysics: sequence-to-stability, affinity, allostery, aggregation, expression, splicing..) and clinical genetics, pls drop me a mail as I'll be recruiting soon. pls RT. https://twitter.com/BenLehner/status/1601144621396295680

Here it is: the allosteric map of a protein.
Want to find all the sites to target in your favourite undruggable protein? Here's how you can do it.
>22k biophysical measurements for one protein (KRAS)
Congratulations to @WengChenchun and @aj4re
https://www.biorxiv.org/content/10.1101/2022.12.06.519122v1

I am pleased to announce our latest paper.

We report results from single cell RNA and TCR sequencing, alongside spatial RNA and genome sequencing across different regions of kidney cancers: