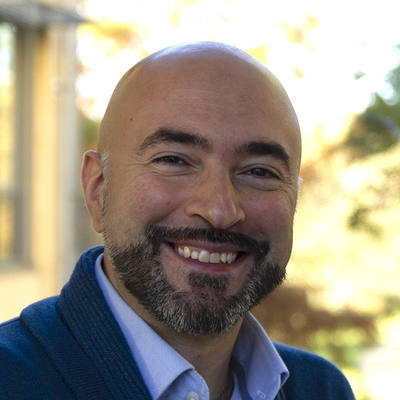 Francesco leads the development of new algorithms and computational tools for the analysis of large-scale cancer pharmacogenomics and functional genomics datasets (from chemical and genome editing screens), to identify molecular markers of drug response and new oncology therapeutic targets. Toward this aim, he is responsible for the design of analytical methods and software, and the management of day-by-day operations to deliver scientific milestones toward the definition of a global Cancer Dependency Map: an atlas of genetic dependencies and vulnerabilities, at an individual cancer cell resolution, which could be exploited for the development of cancer targeted and personalized therapies. Francesco completed his PhD in the Systems, Synthetic and Computational Biology Laboratory of the TeleThon Institute of Genetics and Medicine (TIGEM, Naples, Italy), focusing on computational methods for drug discovery and repositioning based on the analysis of large compendia of gene expression profiles. Subsequently he was awarded a joint EMBL-EBI/Sanger postdoctoral fellowship (ESPOD) and he worked on integrative computational frameworks for predicting and dissecting drug susceptibility in cancer based on the analysis of data from large-scale drug screens. Prior joining CASM at the Wellcome Sanger Institute, he has been the leading computational scientist in a project funded by Open Targets (a public-private initiative spearheaded by EMBL-EBI, GSK, Biogen and the Wellcome Sanger Institute), aiming at identifying new therapeutic targets and synthetic lethalities in cancer, through the analysis of data from a large-scale, genome-wide CRISPR-Cas9 knockout screen across hundreds of cancer cell lines. Within Open Targets he currently leads the CELLector project to systematically evaluate the disease relevance of cancer in-vitro models, and he has been coleading the DoRothEA project linking trascription factors activities to somatic mutations and cancer response to therapy. Francesco is also interested in designing computationally efficient methods simulating constrained null models for testing combinatorial properties in cancer genomics datasets and networks; unsupervised machine learning; data visualisation; information theory and theoretical computer science.