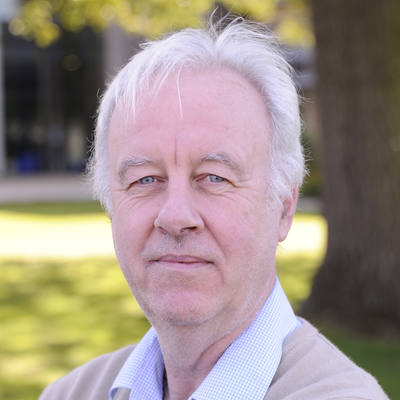 Professor Gordon Dougan's research focuses on the genetic analysis of host/pathogen interactions during infection, particularly those involving enteric bacteria. He has worked extensively in both academia and industry, making important contributions in the field of vaccinology where he has worked to improve vaccine delivery to poorly resourced regions.

Gordon has extensive teaching experience at both the undergraduate and postgraduate level. He has served on several editorial boards and regularly reviews manuscripts for high-impact journals. He is a consultant for industry and has founded biotechnology companies, including the single-chain antibody company VHSquared.

Gordon is a Fellow of the Royal Society, the Biology Society, the Academy of Medical Sciences and is an EMBO (European Molecular Biology Organization) member. He established the Centre for Molecular Microbiology and Infection (including a raising funding for a building) at Imperial College London and was the Board of Management representative for Pathogen Research for ten years (2004-2014) at the Sanger Institute where he is currently a Senior Group Leader.

Research at the Sanger Institute

Gordon was a Senior Group Leader at the Sanger Institute. His research at the Institute focused on the use of genomics to study host/pathogen interactions during infection. The team consisted of 10-15 individuals including core scientists (in vivo, FACS (Fluorescence-activated cell sorting) and microscopy), Postdoctoral Fellows and PhD students.

Gordon has been a university lecturer both in the UK and abroad (The Republic of Ireland) and has run or participated in many teaching courses for undergraduates, MSc or PhD students (both lecture courses and practical). He has lectured to science, dental, medical and pharmacy students and coordinated courses and assessments for these groups. Gordon has supervised over 60 successful PhD students, many of whom are now independent scientific leaders or occupy important positions in industry or government organisations. These include more than ten full Professors in the UK and abroad. Gordon also regularly participates in or organises scientific courses targeting young scientists and clinicians.

Gordon worked for more than ten years for the multi-national pharmaceutical company, The Wellcome Foundation, which is now part of GSK. During this period he became Head of Molecular Biology, managing teams working on vaccines, humanised antibodies and scale-up systems. He contributed to the discovery of pertactin as a key protective antigen for acellular whooping cough vaccines and is now an advisor for many companies, serving as an Scientific Advisory Board (SAB) or Board member. Gordon was Chair of the SAB for Novartis Vaccines & Diagnostics for more than ten years and helped found the Novartis Vaccine Global Health Institute (NVGH).

He is on the board of The Hilleman Laboratories, a joint enterprise between Merck and The Wellcome Trust and has founded spin-out companies and served as a Trustee at the International Vaccine Institute in Korea. Gordon is also currently an SAB member for ICDDR-B (International Centre for Diarrhoeal Disease Research, Bangladesh) and has served as a member of several WHO (World Health Organization) Committees.