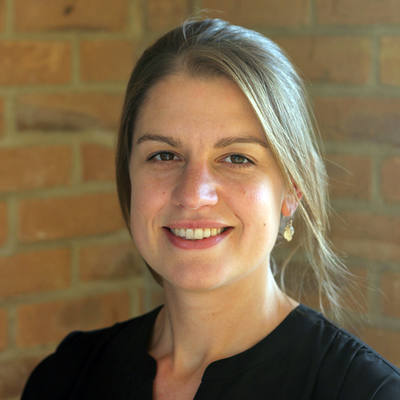 Emma Davenport's research focuses on integrating functional genomics and clinical data in order to understand how genetics contributes to the patient-to-patient heterogeneity in treatment response.

Emma is interested in why there can be such variability between individuals with a disease and in response to treatment. She uses gene expression data to identify subgroup specific signatures and to map in vivo expression quantitative trait locus (eQTL) interactions. eQTL interactions occur when an eQTL effect is modulated by an environmental perturbation such as treatment with a drug. We hypothesise that identifying such interactions will help identify context specific regulators such as transcription factors and key pathways which will give insights into disease and drug mechanisms of action.

Emma conducted her postdoctoral research in Professor Soumya Raychaudhuri’s lab at Brigham and Women’s Hospital, Harvard Medical School and the Broad Institute. There she developed a statistical framework to investigate how the administration of a drug alters the relationship between genomic variation and gene expression (drug eQTL interactions).

Emma completed her PhD research under the supervision of Professor Julian Knight at the University of Oxford. She investigated the genetic determinants of variation in the human response to common and rare infection, focusing on sepsis and common variable immunodeficiency disorders. A key finding was a gene expression signature stratifying patients into two distinct sepsis response signature (SRS) groups. The SRS1 group identifies individuals with an immunosuppressed phenotype and was associated with higher mortality.

We are looking for a PhD student to join our lab @humantechnopole working on immunogenomics. 4 years SEMM PhD program, fully in English: https://www.semm.it/education/how-apply

📣📣Super excited for this preprint from the excellent @cfoguet! Can we use individual 🧬🧬 profiles to infer the speed of biochemical reactions at scale? Here we show how for multiple tissues then identify reaction fluxes associated w/ coronary dz in UKB. https://www.medrxiv.org/content/10.1101/2022.03.25.22272958v1