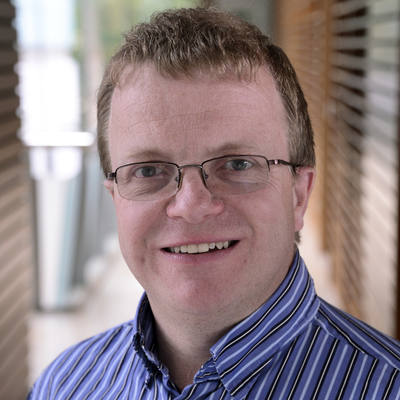 Tim is responsible for the provision of all the IT services which specifically deliver scientific data and computation.

He has a particular bee in his bonnet about using resources efficiently.

The changing focus of the Institute has led to us concentrating on a few areas:

During his previous role creating and leading the Infrastructure Management Team, he focussed on a number of areas:

In the Informatics Support Group, he was an enthusiastic early adopter of blade server technology, deploying our first blade cluster in 2002, squeezing a then-un-precedented 768 cores into just two 19″ racks.

He also took part in our early work with parallel filesystems, deploying IBM GPFS for the storing of large shared datasets.

Here I gained experience on being the customer of scientific IT services, and the skills and techniques needed to run large scale analysis efficiently on limited IT resources.

I developed and ran the company’s SNP-calling pipeline, and visualised that data for the senior company scientists.

I was also involved in customer engagement, discussing data needs of customers, and made contributions to the perl framework used by the LifeSeq product to generate and deliver the data to customers.

PhD: Checkpoint Controls in the Latter Half of the Mammalian Cell Cycle
CRC DNA Repair Research Group
Dept of Zoology, University of Cambridge

My research was focused on the contrasting behaviour of human and rodent transformed cell lines with respect to their G2/M phase checkpoints following perturbation of their nucleotide pool levels during S-phase.

The DNA Sequencing area teams of the Wellcome Sanger Institute support the research of all scientists in their use of ...