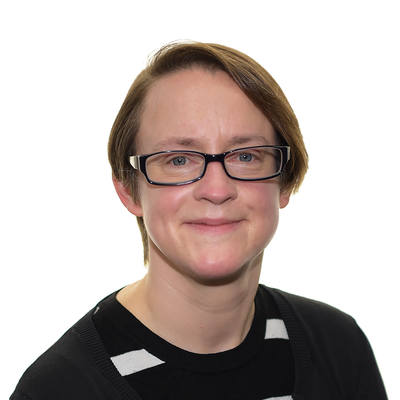 While we now know a lot about genetic diversity for many bacterial gut pathogens, which genes are expressing by genetically diverse clinical isolates remains less intensely investigated.  I aim to inform vaccine development for human-infecting bacterial gut pathogens, by surveying lab phenotypes of phylogenetically diverse members of a species, rather than focusing on single isolates, as has mostly been the case to date.  Knowledge of the genetic diversity of clinically-relevant bacterial gut pathogens is an area of expertise in the Thompson group, which I utilize in order to make rational choices of groups of strains to investigate in the laboratory.  By building up profiles of gene expression. combined with comparisons of other phenotypes such as cell adhesion, for diverse collections of strains we will aid in the rational design of vaccines that can target antigens expressed by a broader range of strains for enteric bacterial pathogens.

I am investigating diverse examples of Enteropathogenic Escherichia coli (ETEC) to ask whether they express the same or different core and virulence genes when encountering gut stimuli such as bile, bicarbonate, mucin or host cells in vitro, by RNA-Seq and qRT-PCR.  Which parts of their gene expression profile, in particular surface proteins that could be utilized as vaccine candidate antigens, are strain- or clade-specific and which are expressed across diverse strains?  How does their gene expression profile differ from a non-pathogen, such as E. coli K-12?  In addition, how does the metabolic activity of a diverse strain collection differ, which we can assay using phenotypic microarrays?

In Professor Andy Camilli’s lab at Tufts University Medical School, Boston, MA, USA, I carried out pre-clinical analysis of an outer-membrane vesicle-based V. cholerae candidate vaccine.  My data suggested that the major mechanism of protection was anti-LPS antibody inhibition of motility and I showed that the vaccine could protect from highly infectious V. cholerae from human rice water stool.

I also identified neutrophil recruitment, and associated cytokines, as a major early response to V. cholerae infection in an infant mouse model.  Using microscopy and staining expertise, developed during my PhD, I showed for the first time the involvement of neutrophil extracellular traps (NETS) in the gut lumen in the response to infection in the infant mouse model.

In Professor Gordon Dougan (FRS)’s lab we were interested in comparing Salmonella enterica subspecies I serovars that cause gastroenteritis in humans, such as S. enterica serovar Typhimurium (S. Typhimurium), with serovars that cause typhoid, such as S. enterica serovar Typhi (S. Typhi).  I investigated the genetics of Salmonella pathogenicity island 10 across many serovars and found it to be a hyper-variable site of the Salmonella enterica genome, which has made it a candidate region for serovar molecular typing.

Using tissue culture models I also compared adhesion and invasion properties of S. Typhi and S. Typhimurium with human epithelial cells.  I found that S. Typhi was less adherent, invasive and cytotoxic than S. Typhimurium.  The levels of S. Typhi, but not S. Typhimurium, invasion were increased by application of bacteria to the basolateral surface of polarized cells. Expression of virulence (Vi) capsule by S. Typhi, which is not present in S. Typhimurium, resulted in a modest reduction in adhesion, but profoundly reduced levels of invasion of non-polarized cells, whereas Vi capsule expression had no affect on S. Typhi invasion of the apical or basolateral surfaces of polarized cells.  Such differences may contribute to the difference in the diseases they cause in humans.

Phenotypes of a mouse pathogen in stool

Citrobacter rodentium, a mouse model for Enteropathogenic Escherichia coli in humans, was found by Dr Siouxsie Wiles to be more infectious from murine stool than when grown in the lab. Siouxsie and I went on to show that stool-borne C. rodentium has higher levels of gene expression for some classic virulence factors and is far more adherent, and better able to form actin-rich pedestals, on tissue cultures cells compared to lab-grown bacterial.  These phenotypes are lost after air-drying of stool for 5 days, although the bacteria were still alive.  I became interested in working with Vibrio cholerae because of the possible similarity in this transient hyper-infectious state when exiting their host, although mechanistically they appear to be quite different.

From cell biology to cellular microbiology

My PhD was in Cell Biology at University College London with Professor Alan Hall FRS (deceased) studying a cell signalling scaffold protein called POSH (Plenty of SH3s).  In our research we used toxins from bacteria to inhibit Rho family GTPases.  This triggered my interest in gut bacterial pathogens, inspiring me to use my tissue culture and microscopy skills to become a cellular microbiologist for my post-doctoral research career.

I have a passion for teaching and for public engagement about science.

For three years before starting at The Sanger Institute, I enjoyed using my scientific training (in the fields of cell biology, microbiology and vaccinology) to teach Biology or Agricultural Science undergraduates at the University of Nottingham.

At the University of Nottingham I worked with the Widening Participation team, and I continue to work with the charity “Inspire the Future”, engaging school children and families with various science-related activities.

Prior to this I was a full-time Mum with my twin boys for five years.  The Janet Thornton Fellowship has been a special opportunity allowing me to return to research after this career break.

Neutrophils (brown) recruited to villi, Peyer’s Patches (PP), and the gut lumen in response to wild type (WT) Vibrio cholerae, but not a mutant missing toxins RtxA and CtxAB, in the infant mouse model [from Bishop et al (2014) Infection and Immunity 82:2434].