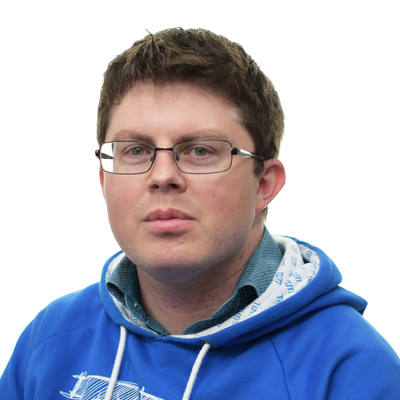 Zachary is an evolutionary biologist investigating the evolution and functions of young genes in pathogenic bacteria and viruses, working as a SEED fellow (Sanger Epidemiological and Evolutionary Dynamics) advised by Nick Thomson and Jukka Corander

I am interested in the molecular basis of adaptation. I am currently investigating the origins of new genes from non-coding sequences, with a particular focus on sequences deriving from alternative reading frames of existing genes, and studying the subsequent expression, regulation, and evolutionary dynamics of these young genes – particularly in pathogenic bacteria but also in viruses including SARS-CoV-2.

I graduated from the University of Auckland, New Zealand, in 2012 with conjoint degrees (BA|BSc) majoring in biology, economics, and philosophy. I then pursued a postgraduate diploma in molecular biology, and a PhD investigating the evolutionary benefits of sexual reproduction and the existence of fitness trade-offs across environments, using experimental evolution in the yeast S. cerevisae as a model system. Since then I have researched overlapping genes and hypothetical proteins in bacteria. I have supervised PhD projects on these topics and helped to lead collaborations within Germany and internationally.

Many genes are restricted to a small subset of organisms, such as a single genus or family. The number of genes which do not have ancient ancestors remains controversial, but it is increasingly clear that it is a large fraction of most genomes, including in pathogens. These genes are referred to as ‘orphan genes’ or ‘taxonomically restricted genes’. One mechanism for the ‘de novo’ creation of new genes is called overprinting, where alternative reading frames within an existing protein-coding sequence are used to encode a new protein. This can be achieved in terms either of creation of an overlapping gene, where more than one frame is simultaneously used for protein coding, or a new gene can be formed as a chimera of an existing coding sequence and a frameshifted sequence i.e. alternative reading frame. In investigating these I have made use of diverse methods, particularly variations of the sequencing technology “ribosome profiling” where the subset of RNA which is actively translated is sequenced, as well as evolutionary analyses including helping to develop the new tool “OLGenie”. This research also has a theoretical biology component, and I have extensively investigated the contribution of the structure of the standard genetic code to life’s capacity to create overlapping genes.

Comprehensive genome annotation of microorganisms will include many genes which are currently missed, including potentially hundreds of unannotated short proteins currently missed with standard methods. Similar methods to those I have developed for detecting overlapping genes can also be used to find these short proteins – i.e. methods detecting expression, and methods detecting selection, both of which imply biological functionality. Once included in a genome annotation however, many putative genes cannot have a function assigned based on homology, due either to extensive divergence from sequences with known functions, or due to being genuinely novel genes. I am collaborating on methods for inferring gene function from co-expression of genes and co-evolution of genes within the pangenome (total collection of genes across genomes) of a species.

The methods outlined above are relevant for understanding unique features of novel biological entities, including the coronavirus SARS-CoV-2. Working with colleagues in Taiwan, the US, and Germany I have contributed to clarifying the status of a few of the overlapping genes in SARS-CoV-2, and am currently doing additional research on these and other accessory ORFs.

One of the greatest fears of graduate students is not remembering exactly what they've read in an academic paper.

Here are 5 easy tricks on how to process a paper's information effectively: ↓

Regular reminder - I’m happy to be suggested as a reviewer in microbial evolutionary genomics, or transcript/translat-omics. Always include postdocs in your reviewer suggestions. My info here: https://scholar.google.com/citations?user=iwAIB78AAAAJ&hl=de

Submitting a paper? I’m keen to review on microbial genomics - especially novel genes (also non-microbes), gene annotation, short proteins, overlapping genes, transcriptomics, RiboSeq. Also if any group would like a zoominar on overlapping genes I have plenty to say! 🧬 🧬