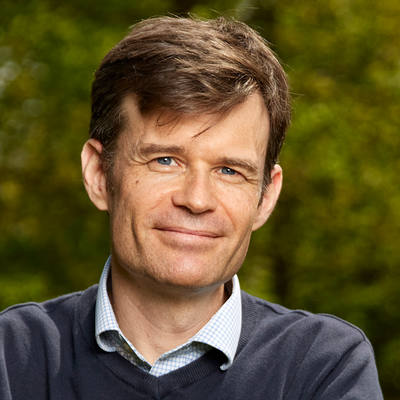 David and his team investigates how genetic alterations contribute to cancer development and the genetic wiring of cancer cells using approaches such as CRISPR genome editing. This provides fundamental insights into how cancers develop and evolve and how genetic changes in cancer genomes may be used as targets for cancer therapy.

David graduated from the University of Sydney in 2000 with a PhD in Medicine and joined the Sanger Institute in 2001 as a Postdoctoral Research Fellow in the laboratory of Prof Allan Bradley. During his time in the Bradley laboratory David developed technology for large-scale engineering of genomes, an approach termed MICER: Mutagenic Insertion and Chromosome Engineering Resource. This approach was deployed to model human genetic diseases in the mouse and to understand the role of genome structure in regulating disease phenotypes. As part of other work David was the first to generate next generation sequencing data of mouse genomes including maps of variation for commonly used mouse strains. From this beginning the Mouse Genomes Project evolved and this undertaking has now sequenced more than 40 mouse strains and released these data to the research community.

In 2006 David became a CR-UK Career Development Fellow allowing his team to deploy approaches such as transposon-mediated insertional mutagenesis to identify cancer genes and to define drug resistance mechanisms. Over this period David developed an interest in cancer predisposition and performed large-scale sequencing studies of familial melanoma kindred ultimately resulting in the identification of POT1. The Adams group showed that variants in POT1 result in telomere dysregulation and this gene is now routinely screened for variants in families with a history of melanoma and other malignancies. Subsequent work has also linked variants in POT1 with chronic lymphocytic leukaemia, bowel cancer and a type of lymphoma called CTCL.

In 2012 David became a CR-UK Senior Fellow and also a Senior Group Leader in the Cancer Programme of the Sanger Institute. With CR-UK support the Adams’ group not only continued to perform genetic screens but also started to explore the link between germline mutations and the somatic genetic landscape of cancer, which ultimately resulted in the observation that variants in the MC1R gene – known as R alleles – are associated with a higher mutational burden in melanomas from patients who carry these alleles. This was the first illustration of how a common genetic variant can alter the somatic genetic landscape of a cancer. Whilst these studies were ongoing David took over leadership of the Sanger Mouse Genetics Project. Under David’s direction, and with Prof Karen Steel a former faculty member, more than 1000 knockout mouse lines were generated and phenotyped. These mouse lines have been distributed to more than 1000 investigators in 30 countries around the world. In addition to the production and distribution of these lines the Adams’ group used these mice to screen for mediators of metastasis, work that ultimately resulted in the identification of SPNS2 as a host regulator of metastasis to the lung.

David has graduated more than a dozen PhD students and more than 50 students and postdocs have trained in his lab, many of whom are now running their groups around the world. He has published more than 200 papers in the last 10 years including papers in journals such as Nature and Nature Genetics.

David is a Fellow of the Academy of Medical Sciences, a member of the Scientific Advisory Board (SAB) of the Brain Tumour Charity, the SAB of the Laboratory of Human Genetics and serves on multiple editorial boards including Genome Biology and Current Opinions in Genetics and Development. He is also the deputy chair of graduate studies at the Sanger and is co-lead of the Cell and Molecular Biology Programme of the Cambridge Cancer Centre.

Never afraid of a challenge David is a keen distance runner.

New genes identified that regulate the spread of cancers

Remodelin against aging: the game is on

David Adams becomes a Fellow of the Academy of Medical Sciences

Congratulations @nicolesoranzo and @David_J_Adams on your election as Fellows to @acmedsci for your research into how the human #genome influences risk of common diseases and how genes drive #cancer https://bit.ly/2rvXW7y

Fantastic session highlighting the scope for IO combinations in cancer therapy with a talk by Richard Woessner. #CambCCS