Scientists identify over 140,000 virus species in the human gut, half of which are new to science

Viruses are the most numerous biological entities on the planet. Now researchers at the Wellcome Sanger Institute and EMBL’s European Bioinformatics Institute (EMBL-EBI) have identified over 140,000 viral species living in the human gut, more than half of which have never been seen before.

The paper, published today (18 February 2021) in Cell, contains an analysis of over 28,000 gut microbiome samples collected in different parts of the world. The number and diversity of the viruses the researchers found was surprisingly high, and the data opens up new research avenues for understanding how viruses living in the gut affect human health.

The human gut is an incredibly biodiverse environment. In addition to bacteria, hundreds of thousands of viruses called bacteriophages, which can infect bacteria, also live in the human gut.

It is known that imbalances in our gut microbiome can contribute to diseases and complex conditions such as Inflammatory Bowel Disease, allergies and obesity. But relatively little is known about the role our gut bacteria, and the bacteriophages that infect them, play in human health and disease.

The analysis identified over 140,000 viral species living in the human gut, more than half of which have never been seen before.

“It’s important to remember that not all viruses are harmful, but represent an integral component of the gut ecosystem. For one thing, most of the viruses we found have DNA as their genetic material, which is different from the pathogens most people know, such as SARS-CoV-2 or Zika, which are RNA viruses. Secondly, these samples came mainly from healthy individuals who didn’t share any specific diseases. It’s fascinating to see how many unknown species live in our gut, and to try and unravel the link between them and human health.”

Among the tens of thousands of viruses discovered, a new highly prevalent clade – or group of viruses believed to have a common ancestor – was identified, which the authors refer to as the Gubaphage. This was found to be the second most prevalent virus clade in the human gut, after the crAssphage, which was discovered in 2014.

Both of these viruses seem to infect similar types of human gut bacteria, but without further research it’s very difficult to know the exact functions of the newly discovered Gubaphage.

“An important aspect of our work was to ensure that the reconstructed viral genomes were of the highest quality. A stringent quality control pipeline coupled with a machine learning approach enabled us to mitigate contamination and obtain highly complete viral genomes. High-quality viral genomes pave the way to better understand what role viruses play in our gut microbiome, including the discovery of new treatments such as antimicrobials from bacteriophage origin.”

The results of the study form the basis of the Gut Phage Database (GPD), a highly curated database containing 142,809 non-redundant phage genomes that will be an invaluable resource for those studying bacteriophages and the role they play on regulating the health of both our gut bacteria and ourselves.

“Bacteriophage research is currently experiencing a renaissance. This high-quality, large-scale catalogue of human gut viruses comes at the right time to serve as a blueprint to guide ecological and evolutionary analysis in future virome studies.”

Dr Trevor Lawley, senior author of the study from the Wellcome Sanger Institute

* Metagenomics is the study of a collection of genetic material (genomes) from a mixed community of organisms. Metagenomics usually refers to the study of microbial communities. The NIH National Human Genome Research Institute has more information here: https://www.genome.gov/genetics-glossary/Metagenomics

This work was supported by Wellcome and EMBL. 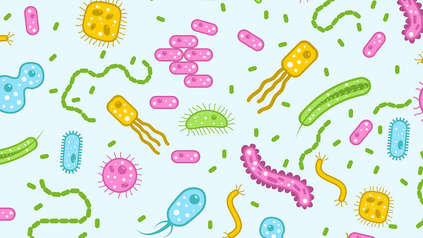 Health implications of the baby biome?

The method of a baby’s birth affects its collection of gut microbes – its microbiome. But we still don’t know ... 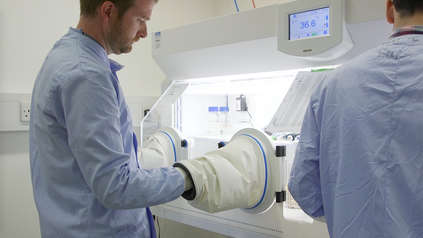