The first extensively drug-resistant (XDR) strains of Salmonella Typhimurium, a pathogen which is responsible for millions of bloodstream infections per year in sub-Saharan Africa, have been identified in the Democratic Republic of Congo (DRC). Drug-resistance has increased in successive groups of S. Typhimurium over time. These new strains are resistant to all but one of the commonly available drugs in the DRC, with one sample showing reduced susceptibility to this final antibiotic.

The study, published today (19 September 2019) in Nature Communications, was conducted by researchers from the Institute of Tropical Medicine (ITM) in Antwerp, the Institut National de Recherche Biomédicale (INRB) in the DRC, the Wellcome Sanger Institute, the University of Cambridge and their collaborators. The findings suggest that S. Typhimurium has evolved in sub-Saharan Africa in the past decades and continues to do so. A multifaceted approach will be needed to track and control the spread of XDR Salmonella, including further microbiological and genomic surveillance.

Most Salmonella infections result in symptoms associated with food poisoning. While unpleasant, symptoms are not life-threatening in the vast majority of cases. But in sub-Saharan Africa, Salmonella such as S. Typhimurium can cause infections of the blood, known as invasive non-typhoidal Salmonella (iNTS) infections.

Every year, iNTS infections are estimated to affect 3.4 million people and result in 681,316 deaths globally*, of which the majority are caused by S. Typhimurium. The containment and treatment of iNTS infections in places like the DRC is complicated by limited access to healthcare, infrastructure challenges and weakened immunity, with children under five years of age particularly at risk.

It is known that iNTS infections in sub-Saharan Africa are dominated by a type of S. Typhimurium known as ST313, which is associated with antibiotic resistance. Two groups of ST313 (named lineage I and II) split off independently and subsequently spread over the African continent. Antibiotic resistance has been growing over time, with lineage II now the primary cause of iNTS infections.

Now a global research partnership is working to understand how Salmonella ST313 continues to evolve and develop drug resistance. Working on blood samples collected in DRC hospitals from people with suspected bloodstream infections, researchers from the INRB and ITM observed antibiotic resistance levels never seen before in S. Typhimurium causing bloodstream infections, including resistance to the antibiotic azithromycin – a drug normally held in reserve in case others prove ineffective**.

To better understand these findings these strains were genome sequenced and analysed, including bioinformatics analyses and laboratory experiments at ITM and the Wellcome Sanger Institute, and machine learning analyses at the Centre for Genomic Pathogen Surveillance (CGPS). Analysis of these S. Typhimurium genomes identified a new sub-group that is branching off from ST313, named lineage II.1. Estimated to have emerged in 2004, this new group exhibits extensive drug resistance (XDR).

“All antibiotic resistance genes contributing to ‘XDR’ are present on the same plasmid. This is worrying because a plasmid is a mobile genetic element that could be transferred to other bacteria. While accumulating more antibiotic resistance, we discovered that the novel Salmonella Typhimurium line is also showing further genetic and behavioural changes which suggest ongoing evolution of the bacteria towards bloodstream infections.”

The researchers also studied the way S. Typhimurium is adapting to an invasive ‘lifestyle’, moving away from the forms of Salmonella that cause gastrointestinal illness towards the types that cause dangerous invasive bloodstream infections in sub-Saharan Africa. In addition to lab experiments, the samples were tested with a machine learning algorithm designed to look for characteristic patterns in the DNA of Salmonella that indicate the potential to cause dangerous invasive infections.

“In the lab we’ve observed changes in this new group of Salmonella Typhimurium that we’ve seen in other invasive salmonella. What’s interesting as a bioinformatician is that we’ve been able to pick up these changes using machine learning. The hope is that in the near future we’ll be able to deploy machine learning in a more predictive role to help control the emergence and spread of drug-resistant strains of bacteria such as S. Typhimurium.”

Dr Nicole Wheeler A bioinformatician at the Centre for Genomic Pathogen Surveillance, based at the Wellcome Sanger Institute

INRB and ITM have established bloodstream infection surveillance in the past ten years which has been pivotal in the early detection of the XDR S. Typhimurium.

“We isolated the Salmonella Typhimurium from patients in hospitals across the Democratic Republic of Congo during our bloodstream infection surveillance activities. It is now crucial that we closely monitor the bacteria and their progression.”

“Studies like this are unique as we are making the bridge between the most important health issues observed in hospitals across the world with in-depth biological research for which we apply cutting edge technologies. Collaborations like this are key and will be important in the future to gain further insights on emerging diseases.”

Professor Gordon Dougan from the University of Cambridge

** For more information on how different drugs are used, see the WHO report ‘Selection and Use of Essential Medicines 2017’ available here https://www.who.int/medicines/publications/essentialmedicines/EML_2017_ExecutiveSummary.pdf?ua=1

This research was funded by the Belgian Directorate of Development Cooperation (DGD); the Flemish Interuniversity Council (VLIR-UOS); the Flemish Ministry of Sciences (EWI; SOFI project IDIS and fellowship S.V.P); the Baillet Latour Fund (The Bacterial Infections in the Tropics (BIT) research cluster at ITM Antwerp, Belgium) and Wellcome.

Getting smart about artificial intelligence

Sanger researchers are harnessing the power of AI to extract new knowledge from the ever increasing flood of genomic data. The ...

20.02.18 Gordon Dougan and Elizabeth Klemm report how their laboratory has been sequencing the DNA of Salmonella Typhi strains ...

28/01/2016: Thousands of years’ worth of evolution in just one person: Elizabeth Klemm explains how a Salmonella Enteritidis infection ... 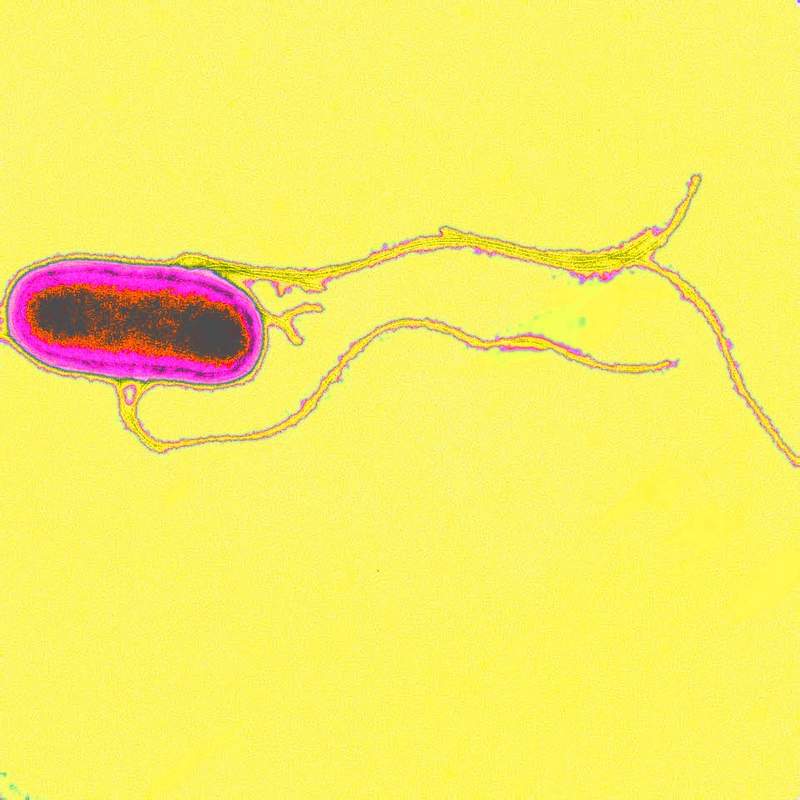 A distinct strain of Salmonella Typhimurium, has emerged as a new pathogenic group in sub-Saharan Africa, and might have adapted to ...

20.01.14: Some types of Salmonella evolve to perfect their attack, others simply exploit human weakness. To defeat them, you ...

Researchers have mapped, in new detail, the genetic changes that a human embryo goes through as it develops.